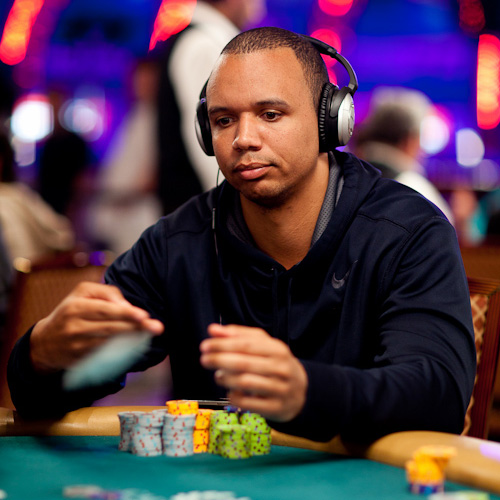 The saga regarding the lawsuit between the Borgata in Atlantic City and poker professional Phil Ivey has been one that has dragged out much longer than anyone figured. Now the Borgata is trying to put an end to the case, getting an assist from the judge in the New Jersey case to sign off on efforts by the casino to attack Ivey’s assets in Nevada.

U. S. District Court Judge Noel Hillman, who was the judge who made the initial ruling in favor of the Borgata, had adjudicated a previous motion that the Borgata could go after any and all assets that the 10-time World Series of Poker bracelet winner had in the Garden State. This ruling came after Hillman’s 2016 decision, which found that Ivey and an associate had defrauded the Borgata in winning $10.1 million in baccarat. As the Borgata searched, however, they learned that Ivey had no “tangible assets” in New Jersey to seize.

In filing their motions to Hillman, Borgata attorneys summarized that Ivey holds extensive property in the Silver State, including his ownership in Phil Ivey Enterprises and Ivey Poker. The attorneys also stated that there was extensive real estate that Ivey owned either outright or through his companies, including a home in Mexico. “As a result, good cause is show and Borgata should be permitted to register this Court’s December 15, 2016 decision in the District of Nevada,” the attorneys wrote.

Hillman took no time to render the decision. At the end of January, Hillman approved the move by the Borgata to get their money back. There has been no statement from Ivey’s attorneys nor from Ivey himself, who hasn’t been seen on the tournament poker scene since his 547th place finish at the 2018 World Series of Poker.

Ivey’s attorneys have stated previously that paying back the Borgata the full $10 million would put a “professional hardship” on the poker pro, but that has already been dismissed by Hillman in previous hearings. If Ivey continues to dodge the Borgata and the decision from the federal court in New Jersey, it could impact several aspects of his life. Although this decision is a civil one, failure to pay the money back could draw further financial penalties from the court or even a criminal action.

So why is Ivey not paying the Borgata back? Estimates from some have Ivey’s net worth set around $100 million, but that could very well be in non-liquid assets (re: not cash). It is also possible that Ivey isn’t worth more than $10 million and the payment WOULD severely impact his jet-set lifestyle, which sees him travel to Macau regularly to play high stakes poker.

The whole sordid saga dates back to 2012, when Ivey and a partner played baccarat at the Borgata. After acquiescing to a list of demands from Ivey, the Borgata then saw him run up a $9.7 million win, then step to the craps pits to win another $400,000. The Borgata paid off the bets but, after a London casino and Ivey entered litigation regarding his actions in baccarat with their establishment, they then reviewed the situation and filed suit in New Jersey themselves.

Fast forward to 2016 and the decision. Judge Hillman, while stating that Ivey and his associate didn’t “cheat” per se, they did use an unfair advantage play with some of their requests of the casino. Hillman then ruled in favor of the Borgata and ordered full payment of the $10.1 million immediately.

Now it’s been almost another three years and Ivey continues to dodge the Borgata. The question is…how much longer can Ivey outrun the “long arm of the law?”