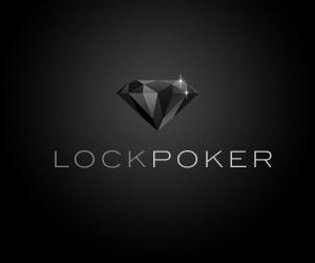 When it comes to online poker network reorganizations, things usually happen in one of three ways: one network buys another, a poker room leaves a network, or a poker room joins a network. On Monday, though, a significant move was made that did not fit any of these categories. Yes, Lock Poker announced that it will be leaving the Merge Gaming Network, but at the same time, it will be acquiring the Cake Poker Network and creating a new online poker network, Revolution Gaming.

A press release issued by Lock Poker read, in part, “Lock is in the process of acquiring assets from Cake and will be re-branding the Cake Network to launch Revolution Gaming, driving technology, marketing, player rewards and implementing a richer tournament schedule. The LockPRO team will be at the foundation of these changes. They will come together and offer their recommendations on all levels, truly bringing the player into the boardroom.”

Lock Poker has confirmed that Revolution Gaming will use the Cake Poker software, though its development team will immediately begin working on improvements. Current Lock players, who use the Merge software platform, will be migrated to the Cake software on May 31st. All login information will remain the same and balances will remain intact.

“Lock will also continue to manage their own stand-alone cashier so withdrawals will be as fast and easy as they are now,” the company added. “All players’ current player VIP rewards will only increase and all rakeback players will be moved over to the increased percentage on Revolution.”

“We are very excited at the prospect of driving the product, marketing and overall vision of the network. It is a dream come true,” said Lock CEO Jennifer Larson in the press release. “Merge was a great stepping stone for us but we have outgrown them. We really need to forge our own path to continued success. The only way to do this is to stay true to our of core philosophy: partnering with our players.”

It will be interesting to see how this changes the look of the online poker industry. Though neither would be considered large, the Merge Gaming Network and Cake Poker Network are the two largest remaining U.S.-friendly networks (Bodog/Bovada falls in between the two, but it is a standalone room). According to PokerScout.com, the Merge Gaming Network is the 8th largest online poker network/room with a seven day average of 1,640 cash game players. The Cake Poker Network is just 22nd with 610.

It appears that Lock Poker’s exodus from Merge will be a major stomach punch to the network. A Lock Poker representative told PocketFives.com on Sunday (in response to a rumor that Cake might be buying Lock) that Lock Poker made up 40 percent of Merge’s traffic. If this figure is accurate, Merge’s cash game traffic would fall to 984 players if everybody on Lock stayed onboard (it is entirely possible that some players would opt to move to another Merge skin). On the flip side, if all Lock players stayed on Lock, Revolution Gaming would have 1,266 players, based on current traffic numbers. The new totals would put Revolution in the 9th spot in PokerScout’s rankings, while Merge would sink to 12th.