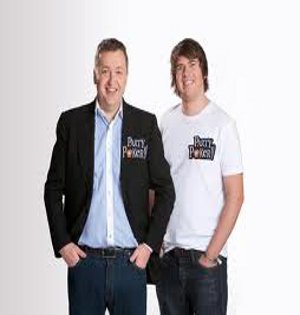 Germany’s Marvin Rettenmaier is continuing what has been an outstanding 2012 tournament poker season for him to this point, emerging last night as the champion of the World Poker Tour’s Season XI debut at the WPT Merit Cyprus Classic. In winning the tournament, Rettenmaier also etched his name into the WPT record books for an achievement that may never be seen again.

The six handed final table gathered at the Merit Crystal Cove Hotel and Casino to determine the final survivor from the original 329 player field. Rettenmaier, who had been near the top of the leaderboard throughout the event, started the day in third place behind chip leader Ran Azor and Artur Voskanyan. Joining them on the felt were Kiryl Radzivonau, Victor Paraschiv and a short stacked Joseph El Khoury, who came to the final table with only 435K in chips.

The PartyPoker sponsored Rettenmaier would take some of those chips from El Khoury soon afterwards as his A-3 off suit surprisingly held up against a check-calling El Khoury on an A-J-2-6-5 board. This put Rettenmaier close to the two million mark in chips, which he would pass in taking a nice sized pot off of Azor. Azor, however, would maintain his chip lead from his active play in the early going.

The sextet continued for almost two and a half hours before one of them was dispatched from the table. It came when Radzivonau moved all in from the small blind against Rettenmaier, who woke up with pocket Queens and – after some deliberation – made the call against Radzivonau’s J-10. A ten came on the flop for Radzivonau, but it was joined by a Queen for Rettenmaier to keep him in the lead. After the turn six, Radzivonau was drawing dead and out of the tournament in sixth place while Rettenmaier moved into the lead.

As the action continued, the blinds and antes began to take their toll. The players were reduced to a “push fest” as their primary method of play and El Khoury was the beneficiary of that move the most. He climbed above the two million mark at this time and became a force to contend with as the evening hours approached the Mediterranean.

Rettenmaier would put an end to El Khoury’s hopes after El Khoury once again shoved all in. Rettenmaier made the call on his last attempt, holding an A-Q to dominate El Khoury’s A-2, and dodged the three deuces on the flop, turn and river to knock out El Khoury in fifth place. With the elimination, Rettenmaier was dominating the table with his 5.3 million in chips and, once he eliminated Paraschiv in fourth place, the defending WPT World Champion cracked through the seven million chip mark.

Azor would be the next victim for Rettenmaier, although there would be a sweat to it. After Azor committed his stack with pocket sevens, Rettenmaier made the call with a lowly Q-9. The J-10-6 flop kept Azor slightly in the lead and a five on the turn made him a favorite to win the hand, but lightning struck on the river when the Q♣ nestled onto the baize. With that stunning card, Rettenmaier eliminated Azor in third and entered heads up play with Voskanyan with almost a 10:1 lead.

It would only take two hands to determine the champion of the WPT Cyprus. After Rettenmaier put Voskanyan to the test with an all-in move, Voskanyan made the call and was ahead, his A-10 off suit leading Rettenmaier’s J-9. A 9-8-4 flop changed everything, however, pushing Rettenmaier to the lead. Although some drama would be added with the Q♥ on the turn (opening up outs to a straight for Voskanyan along with his over card draw), a 7♦ on the river ended the tournament and crowned Marvin Rettenmaier the champion.

With the victory, Rettenmaier etched his name into the WPT annals for an achievement that might not ever be equaled. He won the WPT Championship in May to end Season X and, with his victory in the WPT Cyprus Classic to kick off Season XI, becomes the first player to win back-to-back tournaments in the history of the WPT.

Unless Rettenmaier has a teleporter, the streak will more than likely end there. The next event on the WPT Season XI schedule starts today at the Parx Casino in Bensalem, PA, making it unlikely that Rettenmaier will go for three in a row. Still, making history in poker is a difficult thing and Rettenmaier not only should get kudos for his outstanding play in the Cyprus tournament but also for his excellent performance to this point in the tournament poker season.