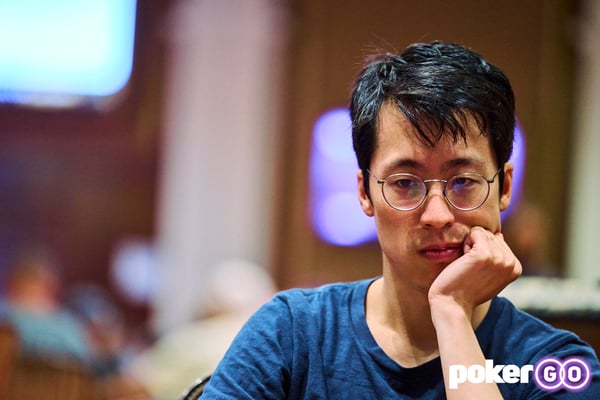 The Stairway to Millions II has been in action for the past week at The Venetian in Las Vegas (although the players don’t seem to have noticed…more on this momentarily), but there has been a breakout star. Michael Wang won back-to-back tournaments on the Stairway to Millions II schedule, raking in some decent coin on the way. Another familiar name has also struck gold in the past couple of days, as Chance Kornuth picked up a victory last night in Event #7 on the roster.

Small Fields the Top Story of the Stairway to Millions II

The predominant story of this Stairway to Millions schedule has been the lack of players wanting to participate in the tournaments. In January when the inaugural event was run, 190 players showed up for the first tournament and subsequent events were able to maintain a decent pace. For the September running of this schedule, the prices have come down, but the player numbers haven’t gone up.

The first tournament for the Stairway to Millions II was a $400 buy-in tournament that should have logically drawn in a sizeable field. Instead of getting more than the 190 that came out for a $1000 tournament in January, Event #1 of the Stairway II only was able to pick up 93 entries, nearly 50% fewer than a tournament with twice the buy in only nine months ago. This wasn’t a fluke, either; Event #2, also a $400 tournament, only drew in 94 entries.

Similar numbers have been seen in the subsequent tournaments. Event #5, a $1500 tournament which was Michael Wang’s first win at this year’s Stairway to Millions II, only had 73 entries on hand for the festivities. Wang’s second win (and more on this in a moment) saw 75 entries come to the fore.

Why the lower numbers? By this point in the year, poker bankrolls have taken a beating. Players who might have had the funds in January (especially after the COVID lockdown) to play in an event may not have the same money to get into such an event as this. They are picking the tournaments they enter VERY carefully and perhaps the Stairway to Millions isn’t a draw for the players at this point in the year. Regardless, this lack of support from the poker community is something that PokerGO, the minds behind the creation of this tournament schedule, should be watching closely.

The lack of players in the Stairway to Millions II tournaments by no means diminishes the achievement of Michael Wang. In Event #5, Wang defeated Mikael Andersen to capture the $22,986 first place prize which included a $5000 buy-in to Event #8 in the series. If that wasn’t enough, Wang came back in Event #6 and defeated Freddy Heller to pick up another $22,458 and another seat for Event #8.

Another player who took back-to-back titles in the first Stairway to Millions event in January put an end to Wang’s run. Chance Kornuth, who won the final two events in the inaugural tournament, was able to outlast 92 entrants in the $2500 buy in Event #7 to take home $45,373 and a seat for the $10,000 Event #9. Kornuth topped Dave Lin, who will also get a seat in Event #9 for his runner up efforts.

Wang is up to his old tricks as he is currently leading the final table of Event #8, with Francis Anderson, Stephen Song, Adam Hendrix, and Andre Butler looking to try to slow him down. The action is live on PokerGO through its streaming channel and the remainder of the events will be broadcast through that outlet.