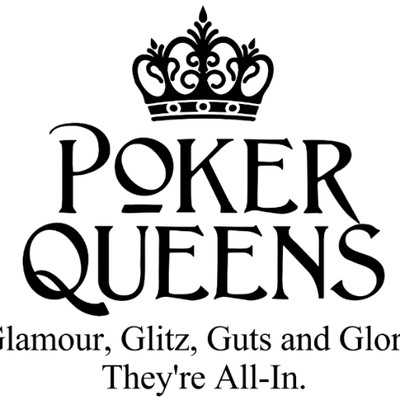 There are plenty of ways to tell a story in the world of poker. One of those that isn’t tapped often, however, is the documentary film. Past documentarians have told the story of online poker, the life and passing of the legendary Stu Ungar, and the “poker boom” of the 2000s. Now the ladies are getting the documentary treatment with a new film that will premiere on Amazon Prime in November.

A new documentary from director Sandra Mohr and executive producer Christine Beatty, Poker Queens follows the course of several women in the world of poker as they seek their place at the table in what is still, even in the 21st century, still predominantly a male-dominated game. Featured in the documentary are Poker Hall of Fame members Barbara Enright, Linda Johnson and Jennifer Harman, Women in Poker Hall of Fame members Jan Fisher and Maria Ho, and current Female Player of the Year Kristen Bicknell, among others. The film itself traces the history of women in the game of poker, from the days of “Poker Alice” Ivers to Muskan Sethi, who made waves at this year’s World Series of Poker Championship Event and is one of India’s top professional poker players.

The teaser for the film is currently up and running on YouTube and it does what it is supposed to do – whet the appetite for the full documentary feature. A voiceover from Harman is the introduction, talking about how mother taught her to play poker. “I never thought that poker would be my lifelong career,” Harman reminisces as the teaser kicks into full gear.

Other women in the game then step up with their stories. Liv Boeree, Kelly Minkin, Bicknell (who perhaps has the line of the teaser in “boys don’t like to be beat by girls!”), two-time WSOP bracelet winner Loni Harwood, Esther Taylor and the World Poker Tour’s Angelica Hael all offer their anecdotes for the documentary, and they are stories that are good to hear. What isn’t clear is what the direction of the documentary is going to take.

The Purpose of the Documentary Is…

In most cases, the purpose of a documentary is to take a particular issue, show how there are problems with it and perhaps offer some ideas for correcting the ills that are pointed out. As far as women in poker go, there is a tremendous problem with the number of participants in the game. The documentary states that only about 10% of the participants in the game are female and, at the WSOP Championship Event this year, it was even worse than that (4.1%, or 350 women out of the 8569-player field).

Will Poker Queens be focused on this issue? In a key segment, one of the women featured in the documentary actually undergoes makeup procedures to make her look male before she goes to the tables. Sia Layta, through the use of prosthetics and an ample amount of hair, “becomes” a man. It isn’t clear why Layta went through this process or what exactly the purpose of putting in the documentary is.

Additionally, there is little beyond the anecdotes from the players and industry representatives given as to what the documentary is supposed to do. For the most part, those in the poker world already know most of the women featured in the documentary, so it isn’t like the documentary is “revealing” these ladies to the world. Another murky clue is in a snippet of a quote from Harman, who states, “We are outnumbered, but there are incredibly good female poker players out there.” But why is it necessary to say what has been common knowledge for years?

We will find out come November. Poker Queens will premiere on Amazon Prime Video, but there is no information if there will be a charge for outside viewers or if it will be included with the Amazon Prime subscription for members and offered for free. It could be a worthy addition to the list of poker documentaries that have been presented, but we’ll have to wait for a look at the finished product before we can be sure.