Home No Consensus Between POY Races Coming to the Finish Line 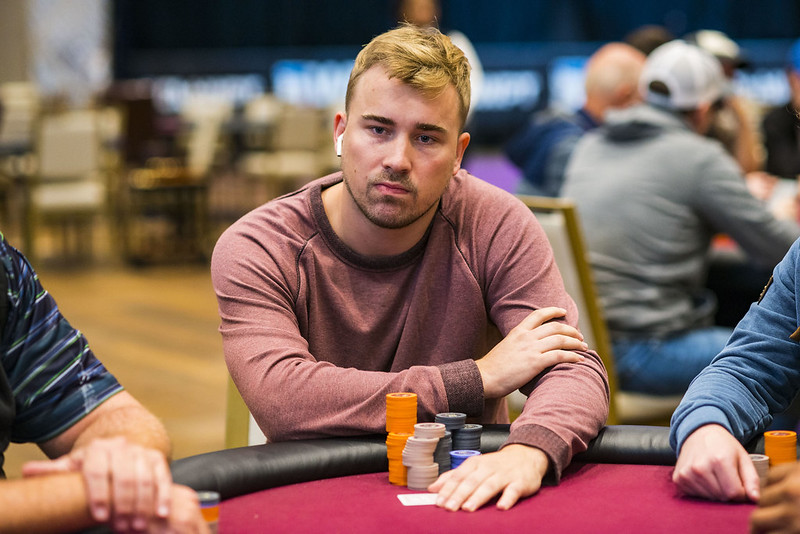 The end of the 2022 World Series of Poker Europe has come and, with it, the final stretch run to the finish line for the 2022 Player of the Year races is coming into view. That finish line is bringing some very convoluted standings, however. At this moment, there is no clear consensus as to who may become the POY in the different ranking systems.

On the CardPlayer Magazine Player of the Year rankings, there is no change at the top of the ladder. The United Kingdom’s Stephen Chidwick continues to reign supreme, even extending his lead over the pack. He has built up that edge over several top finishes on the High Roller circuit of late.

Since the 2022 WSOP, Chidwick has added an astounding seventeen cashes, all in events with a buy-in north of $10,000. Nine of those tournaments qualified in the CardPlayer POY system, adding more points to his already leading total. At the close of November, Chidwick sits atop the standings with 6499 points.

Trying to keep it from being a runaway is former Player of the Year Alex Foxen. He has tried to keep pace with Chidwick, going on a spree of his own over the past couple of months. The biggest point boost that Foxen has received was in finishing third in the $3000 No Limit Hold’em tournament during the 2022 Wynn Classic, which netted him 840 points. Still, Foxen is currently sitting short of Chidwick’s total with his 5389 points.

Hanging in the same spot he was the last time we examined the POY races is Colombia’s Farid Jattin. Jattin took some time off after the WSOP this summer, getting back into the flow during the WSOPE in Rozvadov in November. The Colombian pro would earn four nice finishes during his WSOPE run, including a third-place finish in the €1500 Six Max No Limit Hold’em tournament. That was his most recent points finish, giving him 5233 points for the season.

Here’s a look at the remainder of the Top Ten on the CardPlayer Magazine Player of the Year rankings:

(* – currently banned on the PokerGO Tour)

The Global Poker Index Player of the Year rankings are quite different from the CardPlayer ratings. Because of the GPI standards for qualification, many of the High Roller tournaments do not receive points. Thus, we see some other names ascend to the top of the standings with their best thirteen points efforts.

Using this criterion, Adam Hendrix has cast a haze over the GPI POY. His 61st-place finish at the World Poker Tour Five Diamond World Poker Classic in October replaced one of his lesser efforts and it is what has pushed him over the top and into the lead. Heading to the final weeks of 2022, Hendrix has 3513.87 points, but the wolves are at the door.

One of those wolves is Ausmus. Ausmus hasn’t tacked on any points to his total since his victory at the 2022 Poker Masters. This leaves him coming up short of Hendrix with his 3482.2 points and it would take a massive finish for Ausmus to garner any more points. It will take another victory in a High Roller event, or perhaps a deep run in a large field event, for Ausmus to tangle with Hendrix.

The same fate has befallen the third man on the totem pole in the GPI race, Mike Watson. ‘SirWatts’ earned some points for his seventh-place finish at the £10,000 European Poker Tour High Roller tournament, but he also faces the harsh reality that he must drive deep in another tournament like Ausmus to replace his lowest entry. With 3416.45 points, Watson also barely holds on to the edge over the fourth-place competitor.

Who is that player? Look at the Top Ten for the Global Poker Index Player of the Year race to see who it is:

Time and Tournaments Running Out

There are only about six weeks left in the calendar year, and the number of tournaments for players to take their shots at climbing up is also running out. The big events on the schedule will be the WPT World Championship, which will be held at the Wynn Las Vegas beginning on December 12, and a rack of High Roller tournaments that will be a part of the PokerGO Tour. On the EPT, the King’s Casino will once again be the focal point for the circuit. Finally, on December 21, the PokerGO Tour will conduct its PGT championship, although it isn’t known if its 27-player field will qualify for points on either POY rankings.

Add in some regional events and the WSOP Circuit stops and there are chances for players to make their run at the top. In all seriousness, however, it is the men you see on this page who will be the ones to watch to see who will be crowned poker’s Player of the Year.