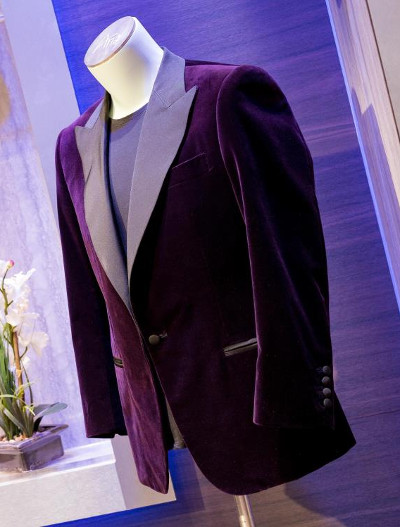 Despite sacrificing attention on their tournaments with an announcement that could have been made prior to the start of the event, the 2022 Poker Masters has rolled onward through this weekend. Three tournaments of the twelve on the schedule are now complete and the battle is on for the Purple Jacket. In the trio of champions, some of the usual suspects are showing up, but there has been a breakthrough from some new blood.

He started out the day atop the leaderboard and he would finish the tournament in the same position. Jeremy Ausmus surged to the lead of Event #1, the $10,000 No Limit Hold’em tournament. Ausmus would end up as the champion, defeating 85 entries on the way to first blood in the race for the Purple Jacket.

With his 2.81 million in chips, Ausmus was not seriously challenged through the running of the final table, although there was some excellent talent arranged against him. Cary Katz was the first to go from the final table at the hands of Ausmus (who knocked off three opponents) and, when Poker Hall of Famer Erik Seidel was dispatched in third place, it left Ausmus and Nick Schulman as the heads-up match.

Ausmus started with the chip lead heads up, but Schulman would grind away at his stack to eventually eke out a small lead. This would be rectified quickly by Ausmus, who pulled back into the lead and, on the final hand, put away Schulman when his pocket sevens withstood the assault by Schulman’s A-3, especially after a seven came on the flop.

Another $10K NLHE tournament was on tap on Thursday for the players, and Ethan ‘Rampage’ Yau would be the beneficiary of it. By the end of Friday night, Yau emerged as the champion of Event #2, but it was not easy. The man nicknamed ‘Rampage’ had to ward off the advances of Alex Foxen and Stephen Song to capture the Poker Masters trophy.

Surprisingly, Ausmus made a return to the final table in Event #2, coming up short by finishing in seventh place. Those points are critically important, however, in the run for the Purple Jacket. Yau didn’t perform the deed against Ausmus, but he did take down three other players – Masashi Oya, Michael Brinkenhoff, and Song – on his way to matching up against Foxen for the title.

Foxen would prove to be resilient. Starting heads-up play with only 700K in chips, the former Player of the Year was able to build his stack to almost three million chips before his fortune ran out. On the final hand, it was a classic race situation, as Yau’s pocket eights and Foxen’s Big Slick squared off; no help would come for Foxen, however, ensuring Yau’s victory.

If you’re going to have a poker tournament, have all the disciplines. The 2022 Poker Masters is doing that as the first Pot Limit Omaha tournament on the schedule took place. 81 entries stepped up for battle on Friday and, on Saturday night, Omaha specialist Ronald Keijzer took home the crown in the $10,000 buy-in Event #3.

Six players came back on Saturday to resume the festivities, but it was certainly Keijzer’s tournament to lose. The Dutchman held half of the chips in play at the start of the final table and wasted little time in getting to action. He took out Dan Shak in sixth and Allan Le in fifth to solidify his place atop the leaderboard, then sat back and watched. Ben Lamb stepped up at that point, fighting through Damjan Radanov and Alex Livingston to face Keijzer as the shorter of the two stacks.

Keijzer would never let Lamb up off the mat. On the final hand, Keijzer would use his four cards to come up with a pair of sixes that flopped a set, while Lamb used his two cards to make two pair on the flop. All the money went to the center and, in a rarity for Omaha, neither hand would improve by the river, earning Keijzer the title of Event #3 champion.

The early work by Ben Lamb has been able to push him to the top in the race for the Purple Jacket. He is the only player to this mark that has earned points in two events, something that a player in pursuit of a Player of the Series title must do. He’s going to have to keep the points coming in, however, as the lead is a tenuous one.

On Sunday, only the final table of Event #4, another $10K NLHE tournament, will be played. This could be because the test is going up on Monday with the $10,000 Eight Game tournament taking place. It could also be because, as the legend Mike Sexton put it, the “price of poker is going up” on Wednesday with the first $25,000 tournament on the schedule. It should be an interesting week of poker coming out of the PokerGO Studios in Las Vegas as the battle for the Purple Jacket heats up at the 2022 Poker Masters.