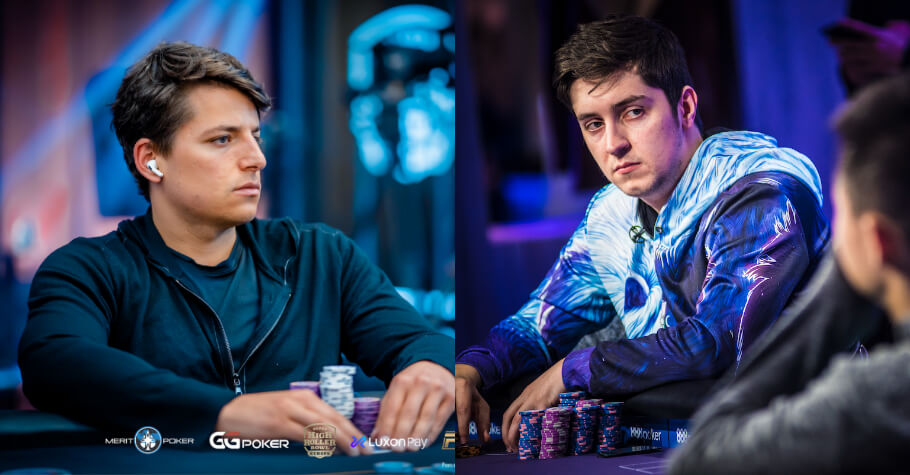 It had long been rumored, but on Friday it became official.

In a brief announcement, officials with the PokerGO Tour, the creation of the streaming channel of the same name, announced that two players had been suspended. “High Rollers” Ali Imsirovic and Jake Schindler, who at one point were 1-2 in the PokerGO Tour Player of the Year race, will be sitting out at least the remainder of the 2022 calendar year. Although no reason was given, it is safe to put this on some recent actions in the tournament poker world.

The announcement was done with little fanfare, although it has had an impact on the currently running 2022 Poker Masters schedule. Once this news dropped, many stopped paying attention to the action on the felt for the action on the internet. It could be said that the PGT could have avoided this by announcing the suspensions long prior to the start of the schedule, but that was a course that wasn’t taken.

In the Twitter statement, the PGT announced the “indefinite suspensions” of Imsirovic (who won the PGT POY last year) and Schindler. “The suspensions will extend through at least the 2022 PGT season, upon which time a review will take place,” the statement read. In addition to the suspension, the two men were removed from the PGT Player of the Year race and neither man will be able to participate in the season-ending PGT Championship Event. That tournament will draw together the top 21 players on the PGT for a “winner take all” $500,000 battle in December.

Why were the players suspended? The announcement from the PGT isn’t clear, but there are things that can be extrapolated from that statement. “The PGT is committed to upholding the highest standards of integrity,” the PGT declared, “and emphasize proper conduct to ensure the safety and security of its players and events.”

What were those “integrity breaches” that Imsirovic and Schindler allegedly took? Prior to the start of the 2022 World Series of Poker Alex Foxen, who has taken part in many “High Roller” and PGT events, alleged that Imsirovic was a known cheater who took every edge he possibly could. In a Twitter post, Foxen presented video and statistical evidence which, for him, showed that Imsirovic was making statistically impossible decisions on the felt that indicated. To Foxen, this led him to the conclusion that Imsirovic was not playing on the up-and-up.

Schindler was accused of another method of alleged cheating. According to several sources, Schindler would use an RTA program, or real-time assistance, to assist in making the choices at the tables. This would be particularly useful online for a player to make the most optimum plays, which could translate into more profits on the tables.

These two cases came to the fore at the start of May. At the European Poker Tour stop in Monte Carlo, both Imsirovic and Schindler were prohibited from playing in the EPT €50,000 High Roller Event (they did play in the €100,000 Super High Roller). Although Schindler did win a bracelet during the 2022 WSOP (and refused post-tournament interviews where he might have been questioned on the subject), both men have been extremely quiet on the tournament poker circuit and especially quiet on the “High Roller” circuit.

The controversy became more apparent when, in July, an organization was created specially to weed out poker cheaters. The Poker Integrity Council, helmed by poker professional Jason Koon and including fellow High Roller Fedor Holz, was created by GGPoker with the ambition to take on poker’s controversies when they arise. In particular, the group was looking to make sure that those who were adequately proven to have been cheating, through such actions as RTA usage and other mechanisms, were banned from online AND LIVE poker action.

The Poker Integrity Council’s actions had been pretty quiet to this mark, but it is apparent now that their actions are having some impact. The PGT would not have made the move that they did in suspending Imsirovic and Schindler unless they had some backup from another group that had the information on the two players. The ball is now in Imsirovic and Schindler’s court – do they accept the banishment from the PGT (and perhaps the banning by other major circuits), or do they enter the legal system to fight for their integrity? The answer to that question could be all the indicators we need as to their guilt or innocence.