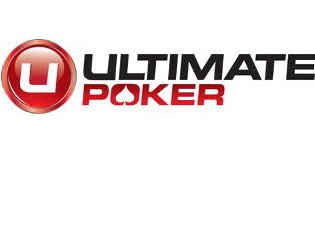 Initially, Ultimate Poker will only be open to people located within Nevada state borders, though it is possible that Nevada will eventually enter into interstate gambling compacts with other states. An important thing to note is that players do not have to be Nevada residents. Anyone of legal age (21 or older) can create an account; they just can’t play if they are not in Nevada. To verify location, Ultimate Poker will do something interesting: it will triangulate a customer’s cell phone signal. As such, a mobile phone number is required to register an account. This mobile number will also be needed to receive an account confirmation text in order to activate an account.

When asked on Two Plus Two about the possibility of someone just housing phones for their friends in Nevada so that they can play from out of state, Ultimate Poker’s Poker Product Manager Chris Danek made the assurance that this had actually been considered and can’t happen. After a couple jokes, he wrote:

We do take the “be in Nevada” thing seriously, though. Regulation and compliance are important to us, and we hope they’re important to you guys as well. No more questions of where your money is going, or is the shuffle rigged – we’ve had to jump over some very high hurdles (this is one of them) to bring you software Nevada is happy to be behind. We’re going to work very hard at providing a safe, secure, compliant site (while beefing up all the software and features to bring people to our games).

One of the most interesting aspects of Ultimate Poker is because it is owned by Stations Casinos, players can make deposits and withdrawals at any Stations Casino, including such popular destinations as Red Rock, Green Valley Ranch, Sunset Station, Palace Station, and Boulder Station. As Danek said, “We think it’s going to be pretty cool to win a tournament, and drive down the street and get your cash. Cash. In your hand. Down the street. Cash. Yeah.”

Players do not have to make transactions in person, though. Bank wires, electronic checks, physical checks, and credit card payments are also available.

We should note that despite the name, Ultimate Poker has no relationship whatsoever with the defunct, disgraced, UltimateBet. Stations Casinos is owned by Fertitta Entertainment, the same company that owns the Ultimate Fighting Championship (UFC). Hence, the use of the word “Ultimate” being used to tie together the brands.

Ultimate Gaming differs from many of the other companies who have been licensed to operating online poker in Nevada in that it actually developed its own poker software for Ultimate Poker. Most other licensees have partnered with companies that already had an existing poker product. That Ultimate Poker made it through the independent testing and approval process faster than anyone else, even those with established software, is impressive.

We are proud to be the first company to deliver legal and secure real money online gaming to poker players. We have worked closely with state gaming regulators to demonstrate our unique and compelling poker platform that, above all, players know they can trust. Ultimate Poker is dedicated to being the players’ choice for online poker.