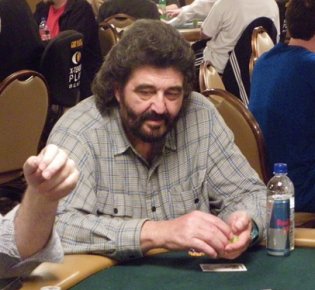 Paul “Eskimo” Clark is one of hundreds of players camped out at the World Series of Poker (WSOP) Circuit Event at Harrah’s Tunica in Mississippi. Just after play began on Sunday in a $345 No Limit Hold’em ring event, Poker News Daily caught up with the three-time WSOP bracelet winner.

Poker News Daily: Thanks for joining us. Tell us about your experience so far at the WSOP Circuit stop at Harrah’s Tunica.

Paul Clark: There have been large crowds and a pretty good tournament so far. It’s all been pretty good.

PND: You’re entering a $345 No Limit Hold’em tournament today. Tell us about today’s atmosphere and what your thoughts on the structure are.

Paul Clark: A lot of people have showed up for it and it’s been interesting to mingle with everybody. The structure of it is pretty good.

PND: You’ve won three WSOP bracelets over the years, the most recent of which came in 2002. Talk about adjusting to the game over the years.

Paul Clark: I’ve adjusted pretty well. The tournaments are getting bigger and bigger. It’s been pretty good, I guess, overall.

PND: What has your life been like in general nowadays? Are you still traveling the tournament circuit a lot or are you primarily camped out in Las Vegas?

Paul Clark: I live in Vegas, but travel quite a bit to tournaments.

PND: What is your favorite tournament destination?

PND: What has the poker been like in Florida after the limits were lifted last year?

PND: You have a gold witch’s tooth around your neck. What’s the story behind that?

Paul Clark: John Bonetti turned me on to it.