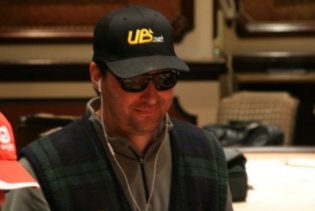 In an interview with the Washington Post, Phil Hellmuth expressed the cynicism that many other poker players share about intrastate online poker.  Specifically discussing the District of Columbia’s plans for legal online poker, Hellmuth said he just does not see it working.

In late 2010, the Washington, D.C. city council approved a budget which would allow for a district operated internet poker site, accessible only to residents inside the city’s borders.   Mayor Vincent C. Gray signed the poker bill into law at the beginning of the year, and in April, the period during which Congress could make any objections ended.  D.C.’s chief financial officer estimates that online gambling could bring in $13.1 million in review to the district between the 2012 and 2014 fiscal years.    The revenue would come from a combination of rake at the tables and taxes on winnings over $600.  The program would be managed by Intralot USA, which will receive 50 percent of the earnings.

The initial test run will see 20 to 30 online gambling “hot spots” at various locations around Washington, D.C., such as hotels and bars, by September 1st.  If everything works well, online poker may be available in D.C. Households by the end of the year.

That’s all well and good, but the 11-time World Series of Poker bracelet winner isn’t too optimistic about the plans chances to succeed.  “I still think that people are looking for a place to play poker and it wouldn’t be surprising if you had a lot more players than you think start playing,” he said. “It’s a nice test, sure, but I think there’s so few people [in D.C.], 600,000, that you might not achieve critical mass for players on the site under those conditions.”

He may have a point.  An initial player surge should probably be expected, as former customers of poker rooms that have left the U.S. get excited to play again and those who were afraid to try out the online game feel safe to do so on a government-controlled site.  But once the initial excitement wears off, players may see that there are not enough people to fill the tables, resulting in a steady decline in traffic.  After all, there are scores of online poker rooms that can barely fill just a handful of tables and they have access to millions of poker players all over the world.  It would be surprising if a city with a total population of 600,000 could see any sort of significant action.

Hellmuth feels that Washington, D.C. Should work towards getting online poker legalized on the federal level and allow private companies to offer games.  “The states have to ask themselves, how are they going to make money? Are they going to invest millions in software, hire a bunch of people and end up in a situation where they don’t recoup their money for three or four years?” he said. “Or do they just start taxing it right away, and make decamillions from the start?”