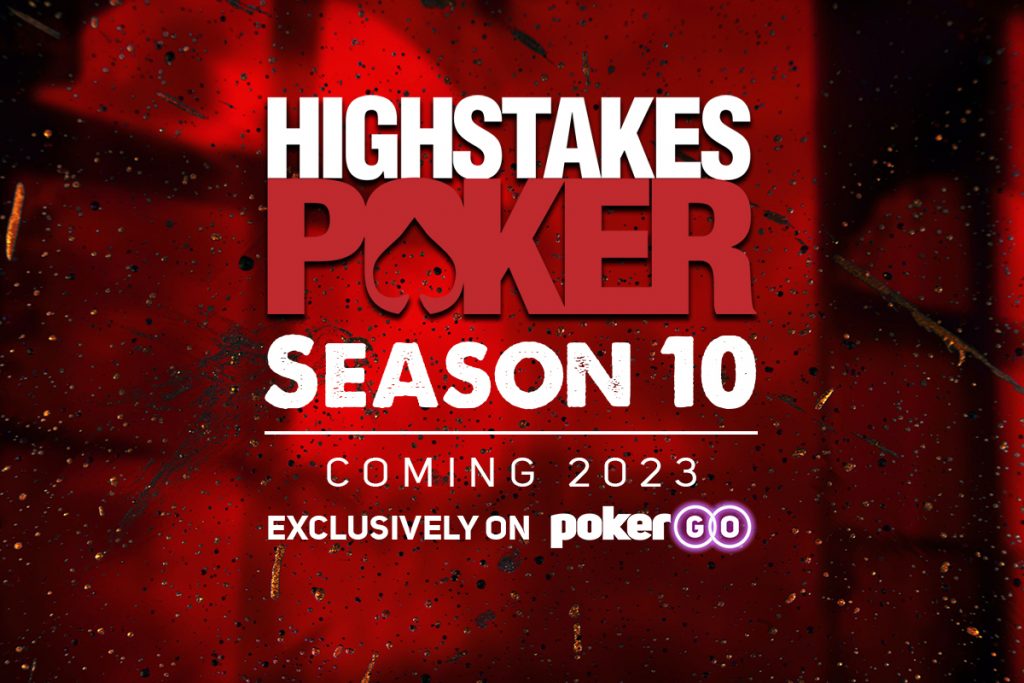 PokerGO has announced that the tenth season of the ever-popular show High Stakes Poker will premiere in January 2023. As was the case for the past two seasons, all episodes will be shown PokerGO’s subscription streaming service.

“High Stakes Poker is such a special, classic brand that has been the genesis to so many of the game’s most memorable moments,” said Mori Eskandani, president of PokerGO, in Tuesday’s press release. “PokerGO is extremely proud to release the 10th season of this remarkable show, and we plan on celebrating the momentous occasion with special offerings, giveaways, and more.”

The No-Limit Hold’em cash game’s stakes will be at least $200/$400 at the PokerGO Studio in Las Vegas, though expect the players to have a little fun with that and bump it up from time to time. Speaking of players, PokerGO has not said who will be appearing this coming season (nor exactly what the episode schedule is), only to “expect both new faces and old.”

High Stakes Poker debuted on the Game Show Network (GSN) at the height of the poker boom in early 2006. It was an instant hit in the poker community, as American audiences found it to be a refreshing change of pace from the usual tournament poker that was occupying poker television’s airwaves. The nosebleed stakes were exciting and it was fun to hear the table talk from some of the most popular poker pros in the game.

Season 6 was also at the Golden Nugget, airing from February to May 2019. Seven 7 aired a year later, but it was during that season that the online poker industry was hit with infamous “Black Friday,” which resulted in the disappearance of UltimateBet, Absolute Poker, and Full Tilt Poker, as well as PokerStars’ withdrawal from the US market (Full Tilt later came back as a PokerStars skin). As PokerStars was the big online poker sponsor of High Stakes Poker, GSN had to cut back on production for financial reasons.

And that was it for the show for nearly a decade.

In the first quarter of 2020, though, Poker Central, which operates PokerGO, bought High Stakes Poker. That naturally meant that old episodes would be brought back to life on the streaming service, but it also meant that PokerGO would produce new episodes.

The first PokerGO season of High Stakes Poker ran December 2020 to March 2021. Season 9 aired earlier this year, from February to May.