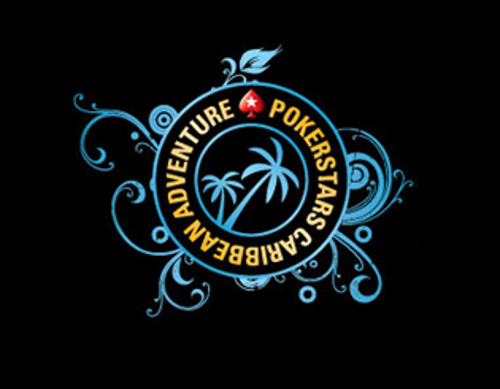 Thomas Wolfe famously once said that you “can’t go home again.” Come 2023, PokerStars is going to test that adage. Last week, PokerStars announced it will resurrect two of its most popular tournaments in 2023, taking them both back to the islands of the Caribbean for action.

The announcement of the return of the PokerStars Caribbean Adventure and the PokerStars Players’ Championship surprised many in the poker community. The two events, which have not been contested since 2019, will return to action in January 2023. The tournaments will also have a new home, the Baha Mar Resort in Nassau, the Bahamas.

“We have missed our live events as much as our players, so it is our true pleasure to announce the PokerStars Players Championship will take place at Baha Mar in January,” PokerStars Managing Director & Commercial Officer Severin Rasset stated during the announcement of the return of these events. “Beautiful location, hundreds of qualifiers, with millions to win. If there is one tournament to choose for a once-in-a-lifetime experience, it will be the PSPC. We will provide more details soon on how to get your hands on a Platinum Pass – stay tuned!”

The PCA will feature a plethora of events during its run from January 22 to February 3. Part of that festival schedule will be the PSPC, which is a $25,000 buy-in event and will run from January 30 through February 3. As usual, there will be plenty of opportunities for players to satellite into the Main Event of the PCA and the PSPC through PokerStars over the course of the year.

The announcement of the return of the PCA and the PSPC also coincides with PokerStars’ announcement of firm dates for two favorites of the European Poker Tour roster. The EPT Barcelona will return to action at the Casino Barcelona from August 8-21. The EPT Prague, which came back earlier in 2022, will return in December to close out the calendar year.

To say that the PCA has a long history in the annals of poker is akin to saying that online poker has had “a trivial effect” on the game. The PokerStars Caribbean Adventure began back in 2004 as a trip on the Royal Caribbean cruise ship Voyager of the Seas. In partnership with the World Poker Tour, the cruise helped to put the “world” in the WPT and solidified PokerStars as a legitimate player in the online poker world.

The next year, the PCA moved to its Atlantis location and went on a decade-plus run of success. Consistently held in January, the PCA offered players the opportunity to escape the doldrums of a winter’s chill by heading to the sun-kissed sands of the Caribbean. It offered something for everyone – the poker was active, PokerStars provided plenty of entertainment for those outside of the tournament schedule and was universally recognized as one of the top tournament experiences in the poker community.

It also did not hurt that the poker was top-notch. Champions of the PCA included the inaugural winner Gus Hansen, the late John Gale, Bertrand ‘ElkY’ Grospellier, Galen Hall, John Dibella (recognized as the first “amateur” to win the tournament), Dimitar Danchev, Mike Watson, and Christian Harder. In 2018, Maria Lampropulos became the first woman to win the PCA title, defeating a field of 582 players to capture the crown.

The PSPC does not have quite the same history as the PCA, but it certainly dropped with a bang when it hit the poker scene. It has only been contested once, in 2019, when PokerStars tried to make a $25,000 accessible to “the masses.” Through handing out “Platinum Passes” (tickets that not only gave out the buy-in to the tournament but also lodging and travel accommodations), plenty of online wizards were able to get into a tournament that they otherwise would not have been able to enter.

Did it work? It sure did! The 2019 PokerStars Players’ Championship drew in the crème of the poker world and a slew of online qualifiers, eventually bringing in a field of 1039 entries. It became the largest ever tournament that featured a buy-in of that amount and one of the “Platinum Pass” entries, Ramon Collilas, emerged as the victor of the tournament and the winner of a $5.1 million payday. PokerStars has been champing at the bit to hold the second version of the tournament, but…COVID.

The return of the PokerStars Caribbean Adventure and the PokerStars Players’ Championship puts the bow on the return of poker to the international stage. With hope, all will go well over the next nine months and the poker world will be able to gather in the Bahamas come January and two of the most popular events in poker history can come back to life.