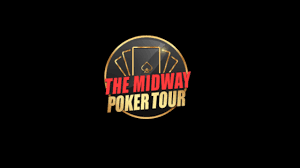 For those that were a part of the inaugural stop by the Midway Poker Tour in Chicago a couple of weeks ago, the outcome probably wasn’t what they were expecting. The problems continue to increase for the founder of the organization, Dan Bekavac, as other issues have arisen. All of it is leaving many with a bad taste in their mouths for what was supposed to be an exciting new circuit.

Allegedly the poker app PokerBROS was used by Bekavac in coordination with the Midway Poker Tour. For those that don’t know, PokerBROS is supposed to be a “free to play” app that allows friends to play poker (what they do outside of that regarding finances is the question) across national and international boundaries through “clubs.” Bekavic allegedly used the PokerBROS app for more than that, however.

It is alleged by many who participated in the event were forced to join PokerBROS using Bekavac’s affiliate club code as a condition for playing in the Midway Poker Tour event. This caveat was apparently not stated to players until they arrived to play the tournament. PokerBROS, understandably, did not approve of this move.

In a statement to Haley Hintze of PokerTube, PokerBROS acted quickly, banning him from the site and officially declaring they had nothing to do with the Midway Poker Tour event. “PokerBROS would like it to be made clear that they did not have prior knowledge of this event, did not endorse it, and the use of its trademarked name/logo without prior authorization is strictly against PokerBROS Terms of Service,” Hintze quotes them as stating. “As a result of this breach by the Midway Club, their Club has been banned from the PokerBROS platform.”

The Midway Poker Tour was supposed to be a newcomer to the tournament poker circuit field that was supposedly a “player driven” organization. Last Sunday, 266 players put up their $1100 at the Sheraton Suites Chicago/Elk Grove, building a decent little prize pool that 31 players would receive a piece of. With the minimum prize at $2300, it became a problem when there suddenly wasn’t enough money around to pay the players (another good question – why?).

Hintze’s investigation points out some other instances where Bekavac has brushed up against the law, but the bottom line is that the Midway Poker Tour looks like it is going to be a “one and done” effort. Whether the players are “made full” as to what they won remains to be seen.