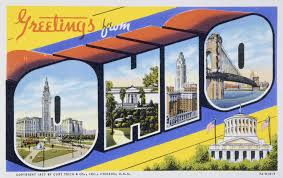 Although it came after one of the more crushing defeats for some of the fans in the state, something new for Ohio residents came to life just after midnight on New Year’s Day. Ohio sports betting went live on January 1, with a slate of online and live sites opening for business as soon as the ball hit the deck at midnight. Kicking it off? Only one of the sporting legends (and controversial figures) that came from the state.

As soon as the confetti hit the air following the New Year’s Eve festivities, sports betting was open for business and at least eight online sites were available for people to bet on. Those seven sites were:

In Cincinnati, three locations were physically accepting wagers as a part of Ohio sports betting. Those three sites are:

There are seven licensed live outlets for sports betting, whether it be through a kiosk system or staffed with an attendant. The Kroger Co. is said to be postponing opening its kiosks in its 42 stores throughout the state until spring at the earliest.

It is who placed the first bet, however, that seems to be drawing more attention than the actual betting itself. Baseball legend Pete Rose – who has been suspended from the game due to his betting on the sport while involved in managing his former team, the Cincinnati Reds, back in the Eighties – walked to the window of the Hard Rock Casino in Cincinnati and placed the first wager. Spectrum News journalist Michelle Alfini was on hand for that first bet, in which Rose wagered that the Reds would win the 2023 World Series (even though they tied for last in the National League Central Division in 2022 with the Pittsburgh Pirates).

How Many States Offer Sports Betting?

Ohio is simply the latest state to tap into what has become the latest revenue generator for states that have seen their coffers ravaged. Rather than raise taxes on their citizens (and run the risk of being voted out of office), politicians have decided to pass different sports betting measures to allow for wagering. This came on the heels of the 2018 decision from the U. S. Supreme Court to overturn the Professional and Amateur Sports Protection Act (PASPA) and allow individual states to decide on whether to offer such gambling or not.

Since then, it has been a gold rush by state legislators to get money from sports betting for their coffers. Thirty-five states have passed legislation that allows for sports betting, either live or online, to be offered. A handful of those states have yet to put into place any outlets for such action or, as in the case of Florida, have been held up in court because of the way they implemented it. Fifteen states have not legalized it yet, with only Utah the guaranteed “no” vote regarding the passage of any new gambling legislation.

Since the U. S. sports betting industry has ed beyond only Nevada in 2018, the numbers are staggering. Over $176 BILLION has been wagered in the legal sportsbooks in the U. S., with the different outlets earning over $13 billion in win during that same period. That win has also generated $2 billion in taxation revenues for parched governments looking for money to spend.

This is the reason that 2023 will more than likely see states that haven’t previously considered sports betting to entertain the option. It will also continue to be popular in the states that already have it or will soon be stepping into the breach. Sports betting is here to stay in the USA…