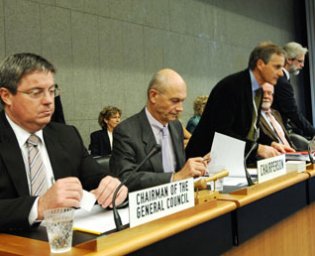 According to a report by Reuters on Thursday, the United States could be facing a challenge from the World Trade Organization (WTO) after the crackdown on the online poker rooms PokerStars, Full Tilt Poker, and Absolute Poker on April 15. Officials from the Caribbean nation of Antigua, which licenses Absolute Poker, are considering taking the case to the WTO for discriminatory trade practices.

Antigua claims that the actions taken by the U.S. Department of Justice were illegal protectionist acts since gambling is allowed in brick-and-mortar casinos and at state-regulated racetracks in the U.S.  While prosecutors said they shut down the sites because the owners allegedly laundered money and conducted fraudulent transactions, law officials in Antigua stated that the U.S. illegally blocked them from using regular credit cards and banking services.

“I am concerned that at this point in time United States authorities continue to prosecute non-domestic suppliers of remote gaming services in clear contravention of international law,” said Antigua’s finance minister, Harold Lovell. “I am not aware of any other situation where a member of the World Trade Organization has subjected persons to criminal prosecution under circumstances where the WTO has expressly ruled that to do so is in breach of international law.”

U.S. prosecutors in New York seized the domain names of the three major online poker sites last week and indicted the founders of PokerStars, Full Tilt Poker, and Absolute Poker, as well as eight others, on charges of bank fraud, money laundering, and illegal gambling. In addition, restraining orders were issued against more than 75 bank accounts utilized by the companies and their payment processors.

“I don’t think there’s another country in the world that puts people in jail for engaging in trade that’s lawful under international law,” Mark Mendel, the Caribbean government’s legal advisor said. “It’s as if Antigua would put Americans in jail for selling pineapples.”

On Wednesday, the U.S. Government came to an agreement with PokerStars and Full Tilt that will facilitate the withdrawal of U.S. players’ funds held in their accounts. Under the agreement, the two online poker rooms will still be prohibited from offering real money games to U.S. players, but will be able to return funds.

Absolute Poker entered discussions with the U.S. on Thursday after acquiring legal counsel and said it also intends to return funds to U.S. players. No official agreement had been reached as of Friday morning.

Antigua has long been opposed to the U.S. Government’s actions against offshore online poker rooms. In 2003, after the United States made it illegal for online gambling operators there to do business in the U.S., Antigua and Barbuda took the matter to the WTO, claiming that the U.S. had violated trade treaties.

Two years later, the WTO ruled that the U.S. had violated international agreements on trade in services by prosecuting the operators of offshore internet gambling sites. The WTO rejected the U.S. stance that the restrictions were necessary to protect public morality and Antigua was subsequently awarded a settlement of $21 million from the U.S. as compensation.

Online gambling is the second largest industry in Antigua, trailing only tourism. Antigua says its betting operators have every right to offer their services to American consumers and the WTO has agreed.

Government officials from the Antigua are meeting this week to discuss whether to go back to the WTO to seek more sanctions against the United States because of the online poker shutdown. “We are confident that the WTO rulings have significant strength and we are now looking into ways to capitalize on that to achieve our objectives,” Lovell said.

Stay tuned to Poker News Daily as more on this story develops.