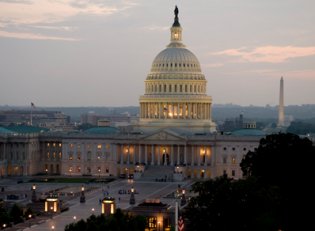 In what has been a lively afternoon in the online poker world, the Federal Government has seized the domain names belonging to PokerStars, Full Tilt Poker, UB.com, and Absolute Poker. Poker News Daily has learned that PokerStars, the world’s largest site, has ceased taking action from the United States.

According to a statement from the Justice Department, the founders of PokerStars, Full Tilt Poker, and Absolute Poker have been charged with “bank fraud, money laundering, and illegal gambling offenses.” In addition, “restraining orders were issued against more than 75 bank accounts utilized by the Poker Companies and their payment processors, and five internet domain names used by the Poker Companies to host their illegal poker games were seized.”

Visiting any of the four major online poker sites yields a message that reads in part, “This domain name has been seized by the FBI pursuant to an arrest warrant in rem obtained by the United States Attorney’s Office for the Southern District of New York… Conducting, financing, managing, supervising, directing, or owning all or part of an illegal gambling business is a Federal crime.”

The new home page of PokerStars, Full Tilt, UB.com, and Absolute Poker adds that violating such laws can result in up to five years behind bars and a fine of $25,000. Preet Bharara, the U.S. Attorney in Manhattan, commented in the Justice Department statement, “Foreign firms that choose to operate in the United States are not free to flout the laws they don’t like simply because they can’t bear to be parted from their profits.”

The statement discusses the passage of the Unlawful Internet Gambling Enforcement Act (UIGEA) five years ago and revealed, “Because U.S. banks and credit card issuers were largely unwilling to process their payments, the Poker Companies allegedly used fraudulent methods to circumvent federal law and trick these institutions into processing payments on their behalf.”

The defendants include Isai Scheinberg and Paul Tate of PokerStars, Ray Bitar and Nelson Burtnick of Full Tilt Poker, and Scott Tom and Brent Beckley of Absolute Poker. Bank accounts in 14 countries have been seized. The Justice Department is seeking to recover several billion dollars in payments: “The Indictment and Civil Complaint seek at least $3 billion in civil money laundering penalties and forfeiture from the Poker Companies and the defendants.”

Sources close to Poker News Daily tell us that UB.com and Absolute Poker will likely remain in the United States despite Friday’s news. Attempts to access PokerStars and Full Tilt Poker from a computer outside of the United States were successful. When visiting UB.com or Absolute Poker, the same Justice Department message appeared.

The news was first reported around 2:00pm ET on Friday. As we sit here writing, the Justice Department is apparently in hot pursuit of its defendants, as the same statement explained, “The U.S. Attorney’s Office for the Southern District of New York is working with foreign law enforcement agencies and Interpol to secure the arrest of these defendants and the seizure of criminal proceeds located abroad.”

The Poker Players Alliance was set to release a statement in the coming hours. Needless to say, you can keep checking back with us for the latest.