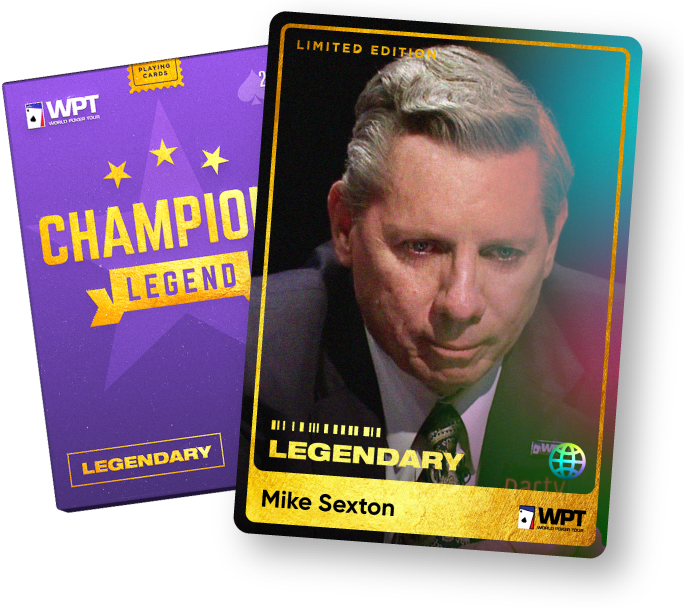 It is one of the biggest new trends in the digital world. The offerings of “non fungible tokens,” or NFTs, has been one of the most unique offerings that have come into the collectables market in the last few decades. Now, the World Poker Tour is looking to get on that train beginning on April 18.

Beginning on April 18 the WPT, in partnership with Theta Labs, will be airing special “Theta Network WPT Cash Game” broadcasts. For the four weeks following, these poker shows will feature special segments during the broadcast to a special NFT marketplace. In these arenas, fans of the WPT will be able to purchase some of the special digital tokens, featuring a wide variety of historical moments in the WPT history.

In the first broadcast, the WPT and Theta Labs will be paying tribute to the late Mike Sexton, the former color commentator and WPT Champions’ Cup holder. Through a live auction, “Mike Sexton: The Legend Hand” will be put up for sale, with only three of those NFTs available for purchase. There will be other sets that will be offered, but you will have to be a part of the crowd by signing up on the Theta Labs auction site.

“Our exclusive NFT launch with Theta Network is one of our biggest digital initiatives to-date and for the first time ever we’re combining our global reach of live televised poker with an NFT marketplace, giving our fans an interactive, real-time opportunity to collect a piece of the WPT poker action,” said Adam Pliska, the Chief Executive Officer of the World Poker Tour. “We are thrilled to bring some of our top Poker pros, players and celebrities to the NFT world, featuring rare and legendary WPT packs in weekly drops and running exclusive one-of-a-kind auctions for super rare poker moments.”

Do not feel alone if you do not know what an NFT is. It is a very new product that has only recently become a “fad.” Time will tell if it becomes something more profitable.

NFT, or “non fungible token” is based on blockchain technology, with the NFT actually being a digital creation that has a digitally entered “uniqueness” to it that makes it valuable. This uniqueness can come from photos, videos or other digital files that are encoded into the token. They are not a physical object, much like Bitcoin, however. The NFTs have value like Bitcoin does and they have the same opportunities for financial growth as their value rises.

In 2021 alone, there has been an explosion in the value of NFTs on the digital marketplace. To date, approximately $200 million has been spent on the NFTs, putting it on pace to be nearly a billion-dollar industry by the end of 2021. That would be a four-fold increase over the $250 million in value that NFTs earned in 2020.

In just the past month alone, a LeBron James NFT featuring a video clip of a dunk sold for $208,000. The tokens can be found in other areas including music and art, and they have become quite the conversation piece in the news. Mark Cuban, the owner of the Dallas Mavericks and an entrepreneur in his own right, has advocated for the future of the technology, meaning that the WPT is perhaps picking the right time to dive into such an endeavor.