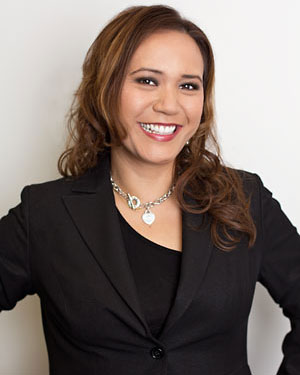 One of the conundrums of poker is why more women don’t take part in the game, since the female population makes up more than half of humanity. From its beginnings, there have been a lack of women in the game – be it playing or in its management – and it is something that has continued today. At this year’s World Series of Poker, only roughly 3% of the throng playing the Championship Event were women. So, what can be done to improve this? The World Poker Tour’s Vice President of Global Tour Management Angelica Hael has some thoughts on the subject and wants to learn more.

Tomorrow the first-ever Women’s Poker Summit will take place at the Bicycle Hotel & Casino. Beginning at 2PM in the Dynasty Room at the Bike, people will be meeting to discuss how to improve the role of women in the world of poker. Poker News Daily recently talked with Hael about the Summit and got some background on the meeting.

Poker News Daily: What was the genesis of the idea for the Women’s Poker Summit? Who came up with the idea or was it more of a group effort?

Angelica Hael: During our annual WPT Tournament of Champions media summit, which this year took place at Esports Arena Las Vegas, Valerie Cross from PokerNews asked me what I am doing to include more women players in WPT events. The question had a very profound effect on me.

In the comfort of my hotel room later that night, I looked in the mirror and asked myself what indeed am I doing to integrate more women into our ecosystem? Why haven’t I done more? Why didn’t I do this and couldn’t have I done that? As a woman who is in charge of a global tour, working for one of the most well-known gaming companies in the world whose executive management is 60% female, I should have done more. I definitely need to do better.

This summit is one of the tools that I’ll be using to address this topic, and I’m hoping that by the end of it, we will all be armed with more ideas and recommendations as to how we can increase the number of women in poker.

PND:  What topics do you want to broach with the Summit or will it be more of a “free-flow” discussion?

AH:  We’re going to deviate from the standard format of seminars and summits where they traditionally have a panel of speakers and such. We will instead have an active and robust dialogue with all the attendees. The overall format is going to be based on group discussions.

The summit will essentially be broken up into two major parts. The first part identifies the major issues associated with why we believe more women are not playing poker. The second part will see each group outline their set of solutions and recommendations to tackle the major issues raised.

The reason why we wanted this format is because we want the summit to yield real, sustainable, actionable results. Hearing directly from the women in the poker community with the issues that they’ve identified and solutions to these is key.

PND:  Have any top female professionals committed to being there for the Summit?

PND:  There are a lot of entities in poker, different organizations, groups and casinos? Has anyone committed to having personnel there for the discussions of the issues?

AH:  We are extremely fortunate to have representatives from our casino partners who are fully supportive of this major initiative. They will be joined by a passionate group of invitees, including poker media, female executives from poker and non-poker industries, representatives from various women poker organizations, non-professional female poker players, professional female poker players, and industry stalwarts.

PND:  Although you and the WPT are the originators of the Women’s Poker Summit, what would be your response be to those who say the WPT has actually hindered the development of women in the game with the Royal Flush Girls, for example?

I think it’s easy for many to look at this group of very attractive people and conclude that they are there just to be eye candy. What people may not be aware of are the several brand ambassadorship roles of the WPT Royal Flush Crew. As you and your readers may know, the WPT’s subscription-based online poker product, ClubWPT.com, regularly qualifies players for WPT live events as part of its offering of $100,000 in cash and prizes each month. During these live events where we have ClubWPT qualifiers, it is a prominent responsibility of the WPT Royal Flush Crew to host these players and help make their experience truly one-of-a-kind.

Everything from the more celebrated welcome gatherings, off-the-felt activities, and VIP dinners to things as simple as making sure the qualifiers know where to go and when and supporting them as railbirds as they chase their poker dream – these are just a handful of the responsibilities of the WPT Royal Flush Crew. The WPT Royal Flush Crew is also instrumental in highlighting our casino partners, showcasing sponsors, and promoting the WPT’s wide range of global events.

PND:  What will it take for the Women’s Poker Summit to be considered a success?

AH:  The feedback we’ve received and the healthy, continued dialogue that has spawned from the announcement of the summit has set us in the right direction and we are very much looking forward to the summit. One could argue the summit has already been a success, or least a partial success, in that it’s sparked conversation for a very important topic in our industry. But we can’t stop at conversation. As I mentioned before, we want the summit to yield real, sustainable, actionable results in order for us to increase the number of women playing poker. We’re confident this summit is going to be a huge step in the direction of achieving this goal.

PND:  What are future plans for the Women’s Poker Summit? Will it become a yearly event or are you taking a “wait and see” approach?

AH:  We definitely have plans to roll the summit to other parts of the country, and even internationally. You cannot tackle this issue and identify solutions with just one summit, so our intention is to continue the dialogue throughout the season and beyond.

The Women’s Poker Summit begins Sunday at 2PM in the Dynasty Room at the Bicycle Hotel and Casino. Poker News Daily would like to thank Angelica Hael for her time and wish everyone in attendance tomorrow a good time and a good discussion.