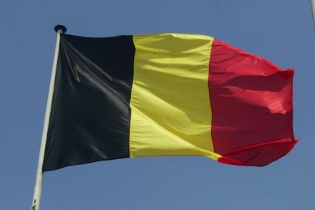 The Belgian Gaming Commission is certainly taking its new online gambling laws seriously. This past week, the Commission placed more online poker sites on the country’s blacklist, making it a crime for the country’s citizens to play on those sites.

Including in the new batch of blacklisted sites are such popular names as Betfair, William Hill, Betsson, Expekt, Betclick, and Stan James. These sites were flagged by the Commission for continuing to offer online poker games to residents of Belgium since the passing of the Belgian Gambling Act last year. The new law limits online gambling to only those sites to only those who have been approved and licensed by the Commission.

The “white list,” which was released at the beginning of this year, is short. Just three sites were licensed: PokerStars.be, Partouche.be, and GPWin.be. One of the rules for getting on the approved list was that the online poker rooms had to partner with an established brick-and-mortar casino. PokerStars.be teamed up with Casino de Namur, operating by the Circus Groupe. The company that owns Partouche.be also owns four casinos in Belgium, so that relationship was set. GPWin.be is the Belgian offering of GoldenPalacePoker.com, which also has land-based casinos in Belgium.

The country’s four largest interest service providers have been directed by the Belgian Gaming Commission to block traffic to and from sites which have been placed on the “black list,” and players face criminal penalties and fines up to €25,000 simply for playing on a non-approved site.

The list of banned sites is now 30 members long and includes previously added poker rooms like Titan Poker, 888 Poker, Everest Poker, and Chili Poker. Many rooms don’t even care one way or another. PartyPoker and some rooms on the iPoker Network have come out and said that the Belgian online gaming laws may be against European Union law and are “unenforceable.”

While some countries, such as France and Italy, have legalized and regulated online poker but limit their citizens to playing against only players within their own nation, Belgium has not been so restrictive. Even though the regulations are tough and ten times as many online poker rooms have been black listed as have been licensed, Belgian players on the “dot be” sites can still play at the same tables as players from around the world. Thus, Belgians taking to the virtual felts on PokerStars.be are playing against people on PokerStars.com (and any other PokerStars sites that link into the same tables), players on PokerStars.it are ring fenced, only seeing other Italians online.