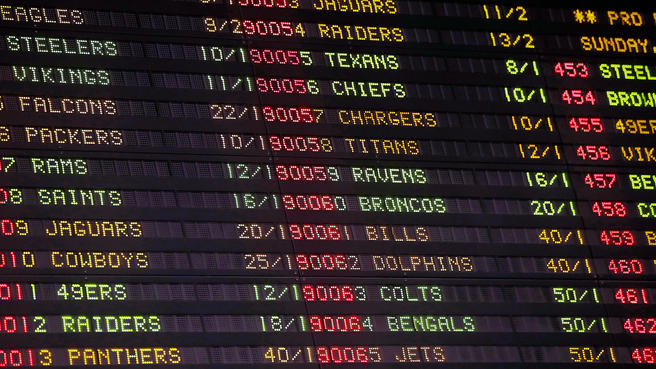 It’s no secret that there are different views on sports betting between Europe and the States of America. In one of the locales in the States, the pols can’t seem to get on the same page, with one former leader of the state advocating for sports betting. Meanwhile, in a major football (soccer) power’s home country, sports betting advertising has been completely shut down for the duration of the 2022 World Cup.

Belgium is fortunate enough to have the #2 ranked team in the world when it comes to football (soccer in the States). With that in mind, government officials in the state have taken a unique step to show that their gaming industry is on the level and not preying on susceptible individuals. For the duration of this year’s World Cup, the tiny European nation has shut down its sports betting advertising industry.

The Belgian National Lottery, which is responsible for regulating the gaming industry in the country, has decided to completely stop airing any television, radio, and print advertising for the remainder of the 2022 World Cup in Qatar. The Belgian Minister of Finance, Vincent Van Peteghem, cited a 2018 study that showed people were more likely to put down bets when their home country was involved in the action. As the advertising may be enticing people to bet, Van Peteghem and the Lottery commission decided to cease betting to reduce the potential for creating gambling addicts.

This is only the latest in a series of moves by the Belgian National Lottery to put more governmental controls on the industry. Last month, the Lottery enacted a restriction that only allowed bettors to lose up to €200 per week. Additionally, the Lottery was already enforcing a regulation from April that restricted punters to only being able to deposit €500 per week.

There is the potential that the Belgian National Lottery will go even further. Van Peteghem has stated that he would like to see a total ban on all forms of gaming advertisement. This would include not only the Belgian state operations but also international companies that operate in the country.

Texas is one of the oddest states in the U. S. when it comes to gambling. They will allow for lottery games to be played, but there is a strict anti-gambling law throughout the state and there are no casinos. Sports betting has been something that many across the country have been embracing, but the former governor of Texas has a difference of opinion against the current Lieutenant Governor of the state.

Former Governor Rick Perry is supporting moves by politicians to bring sports betting to the Lone Star State. Perry has joined a group called the Sports Betting Alliance that is looking to change the minds of legislators that have previously been against any gaming expansion. All the professional sports franchises are a part of this powerful group and, with the presence of the former Governor, have a sizeable impact on the discussion.

“Legalizing mobile sports betting will finally allow the state to protect consumers from illegal offshore betting sites while keeping the money generated from betting in Texas to benefit Texans,” Perry is quoted as saying by Ryan Atullo of the Austin American-Statesman. Studies have shown that Texas would see another $250 million in its coffers from adding sports betting into its offerings. Perry is perhaps not the appropriate person to be pushing this drive, however; in 2010, Perry was vehemently opposed to any gaming expansion, threatening to veto any bill that came to him that would expand gaming.

The current Lieutenant Governor for Texas, Dan Patrick, has a different viewpoint. Appearing on a Lubbock, TX, radio program, Patrick stated in 2021 that the expected revenues from any gaming expansion “would make a small dent” in the state’s budget shortfalls. Along with the fact that gaming interests can’t get on the same page, Patrick stated that he was firmly in the opposition camp on the gaming question.

Of course, the ultimate decision would be that of the current Governor, Greg Abbott. Once extremely anti-gaming, Abbott tried to woo voters in the 2022 Gubernatorial race against Beto O’Rourke that he was “softening” his stance on gaming expansion. This has led to bills that would expand the gaming industry in the state – and bills that would look to shut it down.