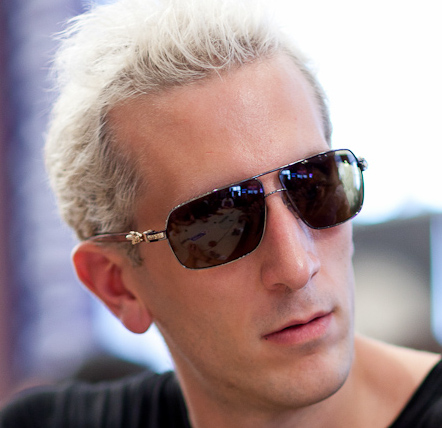 Continuing its push to be one of the big boys in the online poker world, GGPoker surprised the poker community last week by announcing the signing of Bertrand “ElkY” Grospellier as a brand ambassador.

ElkY had been with partypoker, even tweeting a “welcome to the team” to actor and comedian Kevin Hart just a few days earlier. But suddenly, there it was, an announcement and three-minute video on Grospellier Twitter feed that he had joined GGPoker.

At least one poker player knew about it before Thursday: Daniel Negreanu. The Poker Hall of Famer was the enormous coup signing by GGPoker in November 2019 and it should go without saying that his voice is almost certainly a loud one with the site. The day before ElkY’s announcement, Negreanu posted a video on Twitter saying a new ambassador was coming. He even fielded guesses in the comments, awarding the one person who got it right a ticket to the GGMasters $500k guarantee.

Negreanu has known Grospellier a long time and they were both on Team PokerStars at the same time for about a decade.

“We’ve been teammates in the past and I’m super excited to be teammates again,” he said on Twitter, adding, “He’s a great guy, even better player, and I know he’s going to help the site continue to grow.”

For his part, Grospellier said that in addition to playing a lot on GGPoker, he will also focus on Twitch streaming so he can interact with fans.

In his announcement video, Grospellier was all about GGPoker’s software, saying, “GGPoker is the only online poker site which has all the features you can find when you play live poker.”

ElkY was one of the original combo live/online stars of the poker world. And because he entered the poker game when online poker was young, he was also one of the players who came over from another realm. In his case, it was eSports, also a very young industry at the time. Grospellier was a champion StarCraft player in both Europe and South Korea, playing for the famed Team Liquid.

In his 15 years playing poker, Grospellier has average almost $1 million in live tournaments earnings per year, racking up about $14.7 million in cashes. That is the most money won by any French player, ever. ElkY has also won the poker “triple crown,” which consists of titles at the World Series of Poker, on the World Poker Tour, and on the European Poker Tour.

Naturally, winning multiple major poker tournaments is a very difficult thing to do, but the triple crown is especially challenging because the European Poker Tour’s schedule is so short. There just aren’t many chances to win an EPT crown, making the poker triple crown a rare feat.

PokerScout ranks the GGPoker Network, of which GGPoker is the flagship site, as the fourth-largest online poker network in the world. It is averaging 3,000 cash players over the past seven days. It promises to get even more traffic in May, as it will be hosting the three-week long WSOP Super Circuit Online Series.