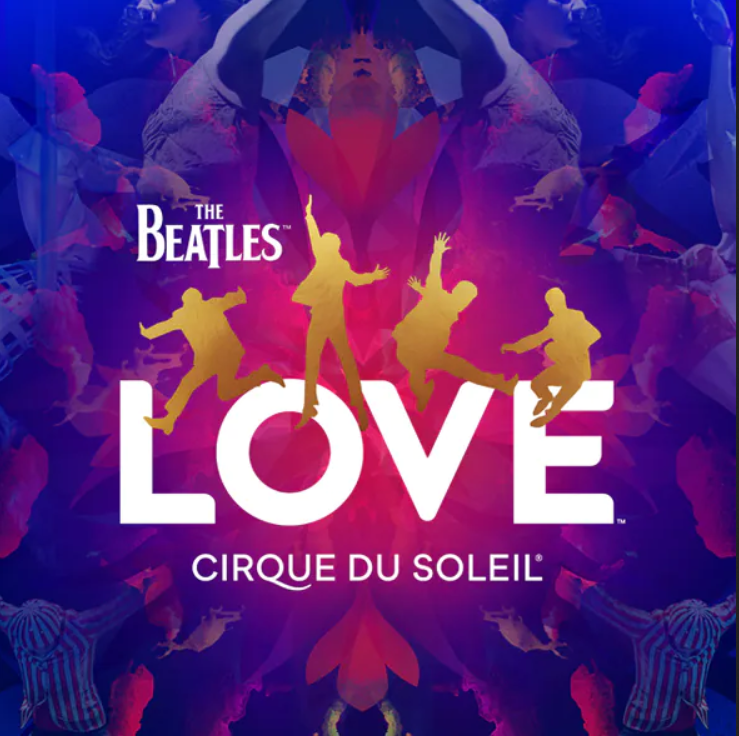 “Love” made me fall in love

I have been aware of The Beatles all my life and of course have enjoyed their music, but it wasn’t until 2006 that I actually became a Beatles fan. Until then, the Beatles were more of just a background soundtrack to me. For instance, “I Saw Her Standing There” was a song that they played at Milwaukee Brewers games when I was a kid, “Let It Be” was turned into a Sesame Street sketch called “Letter B,” “Twist and Shout” was from the parade scene in “Ferris Bueller’s Day Off,” and I knew “Across the Universe” better from Fiona Apple’s 1998 cover.

But when my boss, the former owner of this site, was generous enough to take my wife and I to see Cirque du Soleil’s “Love” show, a production based on The Beatles catalog, at the Mirage shortly after the show opened in 2006, I absolutely fell in, well, love, with the band. I finally heard their music. I finally experience it. And now theirs is the music I listen to the most. My wife and I even gave our daughter the middle name “Michelle” because my father-in-law loved The Beatles.

That is why it made me sad to find out recently that “Love” is likely nearing the end of its run, the result of MGM selling the Mirage to Hard Rock late last year. According to Scott Roeben of the Vital Vegas blog, Hard Rock does not plan on using the $100 million theater for a resident show and thus will end the Cirque show’s tenure before the new Hard Rock opens in 2025.

“The Beatles are kind of beloved, but that audience is getting older, and while they are a ticket-buying audience, that audience is not growing,” Roeben told USA Today. “’Love’ is a very specific show. You’d better like The Beatles and if you’re 20 years old, you might not know (their music) that well. Hard Rock is looking at two years, five years, 10 years from now. What are they going to build for a foundation? I don’t think it’s The Beatles.”

We do know that “Love” will still be around for a while. Eric Grilly, President of the Resident Shows Division at Cirque du Soleil, told the company in an internal memo last week, ““I am pleased to announce today that we have extended the contract for ‘The Beatles Love’ through 2023.”

Grilly added that he is continuing to talk to Hard Rock about the future of the show.

In the meantime, the Mirage is expected to belong to Hard Rock later this year and it sounds like it will remain open – fully or partially – during the rebrand. But while “Love” should be fine for the rest of this year and hopefully through next, it could be nearing the end.

And “Love” isn’t the only Mirage mainstay that could be gone soon. According to reports, the resort’s iconic volcano will be destroyed to make way for a new guitar-shaped hotel.