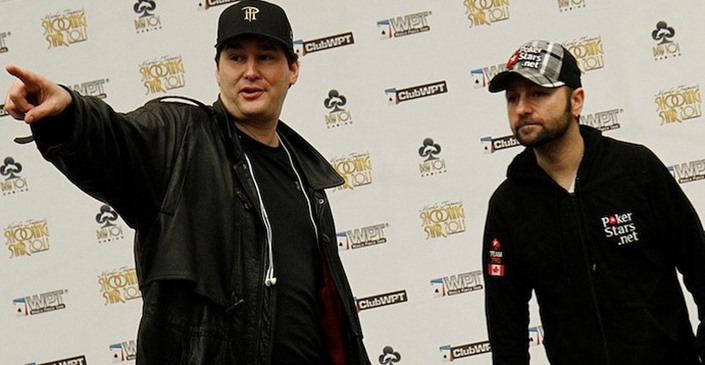 Back when they were battling it out in a new format, Phil Hellmuth and Daniel Negreanu got to talking some trash to each other. In the end, it resulted in a challenge from Negreanu to Hellmuth to further prove his abilities on the table. Since that time, however, there has been absolutely NO action on the situation. Have both Negreanu and Hellmuth forgotten about the bet, is it still in a holding pattern, or is it kaput?

The actual reason for the start of this challenge dates to March 2021, when both Hellmuth and Negreanu were fighting it out on the tables. The inaugural High Stakes Duel was quite the contentious affair between two of the most popular poker players in the world. THAT battle came about because of Hellmuth’s dismissal of Negreanu’s skills when Negreanu played Doug Polk in a heads-up match.

Hellmuth was so critical of Negreanu that Negreanu challenged him to what would become the first High Stakes Duel showdown. As we now know, Hellmuth beat Negreanu in three consecutive matches, earning $350,000 of Negreanu’s money before Negreanu waved the white flag. That wasn’t enough for Negreanu, however, as he would toss down the gauntlet for another battle between the poker titans.

During the High Stakes Duel faceoff, Negreanu challenged Hellmuth to take on the “high roller” poker world and show his mettle. The premise for the Negreanu/Hellmuth challenge? Hellmuth would have to play 50 of the ARIA Poker Room’s $25,000 “High Roller” tournaments. If at the end of the 50 tournaments Hellmuth was in the black, he would win $400,000 from Negreanu. If he was in the red, then Hellmuth would have to pay Negreanu $200,000.

It was all supposed to be set:

But what has happened since March 2021?

Possible Outcomes of the Negreanu/Hellmuth “Challenge”

There are a couple of outcomes that could have occurred over the past 18 months regarding the Negreanu/Hellmuth challenge.

One, it is entirely possible that these two men were simply talking junk with each other. It is somewhat like that situation when a child bets “a million dollars” that the sun comes up in the West (yes, I know…the sun comes up in the East…kids will bet on stupid stuff like that). This could have been the situation here and the two simply forgot about the posturing that they were taking on the felt and on Twitter.

Two, it is possible that it hasn’t even started yet. The COVID pandemic has put a serious dent into the poker activities around the world. It is just NOW beginning to show some signs of life, after the highly welcomed return of the World Series of Poker and World Poker Tour events drawing in record fields. It is very possible that Hellmuth hasn’t stepped up to start the challenge yet.

To be honest, Hellmuth would be risking a sizeable chunk of change. If he played 50, $25,000 tournaments, that is a $1.25 million expenditure. Is it worth it for Hellmuth to risk that for a $400,000 payoff from Negreanu? Still, it wouldn’t be the first time that a “challenge” has fizzled out.

The online world is replete with events that didn’t reach a satisfactory conclusion, most notably the “Durrrr Challenge.” That challenge, if you don’t remember, saw Tom ‘durrrr’ Dwan challenge anyone (except Phil Galfond) to a heads-up No Limit Texas Hold’em or Pot Limit Omaha Hold’em match at the astronomical stakes of $200/$400 over four tables. If, over 50,000 hands, a player was able to best Dwan, he would pay them off at 3:1 odds – the trick was the opponent had to wager $500,000 against Dwan’s $1.5 million.

In what was supposed to the penultimate battle, Dan ‘Jungleman’ Cates was supposed to take on Dwan in what should have been a monster battle between two online titans. It started in 2010 and, from the start, Cates had Dwan’s number. ‘Jungleman’ would eventually get up over $1.2 million over slightly more than 19,000 hands before…Full Tilt Poker (Dwan’s then online poker home) went under.

Since that time, there has been no movement in the “Durrrr Challenge.” Cates has attempted to cajole, shame, badger, and otherwise coax Dwan back to the table, but it hasn’t happened yet. Is the Negreanu/Hellmuth wager headed down the same course as the “Durrrr Challenge” went?