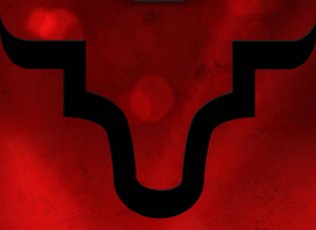 As the title sponsor of the biggest tournament in poker, the event at the Rio All-Suite Hotel and Casino will continue to be known as “The World Series of Poker Presented by Jack Link’s Beef Jerky” in 2011 and 2012. The sponsorship provides Jack Link’s Beef Jerky with prominent advertising placed around the Rio, advertisements during broadcasts of the tournament series on ESPN, and other WSOP-themed retail promotions.

“Poker is entertaining, unpretentious, unpredictable, and full of fun and camaraderie among friends,” Jeff LeFever, Director of Marketing for Jack Link’s Beef Jerky, stated during the announcement. “ The same attributes can be used to describe the Jack Link’s brand.”

“Winning a World Series of Poker bracelet is the ultimate accomplishment,” LeFever continued, “and we’re proud to partner with the best in the business to help deliver the biggest, most exciting poker experience in the world.”

Ty Stewart, WSOP Vice President, was enthusiastic over the continuation of the partnership between the tournament series and Jack Link’s. “This remains a great fit between two category-leading brands. We couldn’t ask for a better organization to be our lead sponsor. We love being with a market dominator that shares our sense of fun and irreverence.”

Over the past two years, Jack Link’s Beef Jerky has been the title sponsor of the WSOP and, as such, been a very visible part of the event. The notable “Sasquatch” commercials that the company produces have become iconic in the advertising world and have begun to feature poker-themed productions. In fact, the Jack Link’s “Sasquatch” was one of those who made the “Shuffle up and deal” command at the 2009 opening of the WSOP.

In addition, Jack Link’s has been very aggressive in its promotion during the past two WSOPs. One program in particular, “Stacked Jacks Go Wild,” offered players the opportunity to win prizes for getting quads jacks during the WSOP Main Event. On television broadcasts, Jack Link’s has been featured through the “Jack Link’s Beef Jerky Wild Card Hand,” where ESPN commentator Norman Chad has to deduce the hole cards of a player by interpreting their actions and betting patterns.

Since the purchase of the WSOP by Harrah’s at the midpoint of the decade, Harrah’s has actively courted mainstream advertisers. Prior to being sponsored by Jack Link’s Beef Jerky, the WSOP had a major sponsor in Milwaukee’s Best Light beer, a subsidiary of the Miller Brewing Company. Other major sponsors that have been a part of the WSOP over the past few years include Degree antiperspirant, Pepsi’s SoBe Adrenaline Rush energy drink, the chocolate conglomerate Hershey, and the ED medication Levitra.

The continuation of the sponsorship deal between Jack Link’s Beef Jerky and the WSOP will benefit each company tremendously. As the most prestigious tournament series in the world, the WSOP will provide a high level of visibility for the meat snack company. In turn, Jack Link’s Beef Jerky, recognized as the top brand of beef jerky, will continue to provide the type of mainstream advertising sponsorship that the WSOP and poker in general have been courting for years.