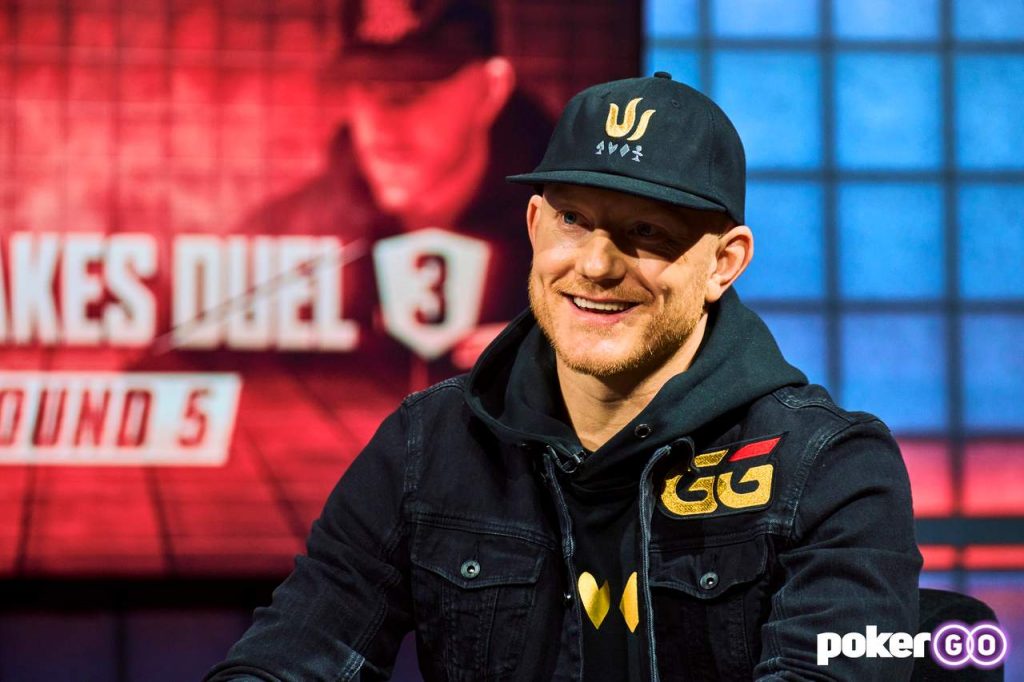 In one of the fastest versions of the event, high stakes pro Jason Koon blitzed Phil Hellmuth in the made-for-streaming High Stakes Duel. In becoming only the second person to defeat the sixteen-time World Series of Poker Bracelet winner, Koon booked a massive $1.6 million win. Now the question becomes…will this version of High Stakes Duel continue onward?

The battle between Hellmuth and Koon marked the highest level that the High Stakes Duel has ever reached. Back in August, Hellmuth vanquished fellow pro Scott Seiver in what was up to then the highest level that had ever been faced. After Hellmuth defeated Seiver and pocketed the $800,000 payday (both men ponied up $400,000), Seiver decided not to try again against the Poker Hall of Famer. Enter Koon, who was willing to put $800,000 on the line and take on Hellmuth in the PokerGO Studios on Wednesday night.

The heads-up match, featured on a streaming broadcast from Las Vegas, was one of the quickest in the history of High Stakes Duel. It didn’t start that way, however, as for about 45 minutes, both Koon and Hellmuth were willing to push chips back and forth between each other. But an inopportune moment for Hellmuth to get frisky saw a chunk of his stack head over to Koon.

With the blinds at 1500/3000, Hellmuth pushed out a raise while holding only a Q-6. Koon, in the big blind, looked down to see two black Aces staring back at him and, after some Hollywooding, decided that a reraise to 15K was the proper course of action. This is perhaps where Hellmuth overplayed his hand, popping Koon with a three-bet to 32K.

Now it was time for Koon to set the hook. He agonized over his decision before making it 120K (players started with 800K in chips) and the onus was back on Hellmuth. “The Poker Brat” wrongly decided to five-bet the pot to 260K but, after Koon responded with an all-in move, decided to fold his hand and ship more than a quarter of his stack across the felt to Koon.

Hellmuth would never recover from that misstep. Koon picked off a couple of other bluffs that sent Hellmuth’s stack even lower. Holding about 100K in chips in only the second level of action, Hellmuth finally found a hand to stake his remaining chips on. With A-K in his hand, Hellmuth committed the last of his chips against Koon’s Q-8. The board of Q-10-4-10-3 completely missed Hellmuth, and Koon had defeated the reigning king of High Stakes Duel.

Koon admitted he was fortunate to win the match. “I had great hands,” Koon stated to PokerGO following the conclusion of the match. “Even the hands I bluffed with, almost all of the kind of presented themselves in a natural way, so it was just one of those days where almost anybody in my seat is going to win.”

But is this run of High Stakes Duel truly over?

Hellmuth Has Right to Rematch

Although Koon now holds the High Stakes Duel championship belt, Hellmuth does have the right to challenge for a rematch against Koon. If Hellmuth is willing to take on Koon again, this time the stakes would go up to an astronomical $3.2 million. Each player in this case would drop $1.6 million on the felt – what Koon just won from Hellmuth – to see another battle between the duo.

Hellmuth can also resign from the match and another player can pick up where he left off against Koon. That is highly unlikely, though, with the stakes as they are. Of the two options, it is more likely that Hellmuth will pick up the battle again than a newcomer entering the game this late and at these stakes. The former World Champion has absolutely nothing to be ashamed of, however. His overall record in the High Stakes Duel series is 9-2. In that eleven-match streak, Hellmuth has defeated Antonio Esfandiari, Daniel Negreanu, Nick Wright, Tom Dwan (who won one of the two matches), and Seiver before Koon stepped up.

In theory, the “price of poker” for High Stakes Duel could mount up. Under the rules as set by PokerGO, eight rounds would be the maximum that could be played, with that round being worth a mind-boggling $12.8 million (each player ponying up $6.4 million). It is doubtful we’ll see a series reach that level, but Koon and Hellmuth must be entertaining the thoughts of reaching that level (perhaps in the New Year) as High Stakes Duel rolls along.