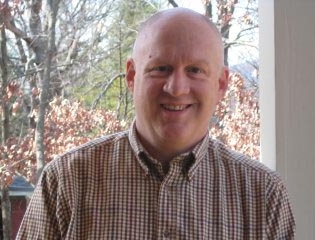 In breaking news from the world of online poker, Lee Jones has stepped down as Card Room Manager of Cake Poker, effective immediately. Jones posted in a thread on TwoPlusTwo around 3:00pm ET on Tuesday, “This is a brief announcement to let you know that, as of yesterday, I have resigned my position at Cake Poker and will not be making any further posts here. Their management has made some strategic decisions with which I’m not comfortable.”

Despite departing the site, Jones, who is also a Guest Columnist here at Poker News Daily, spoke highly of his former colleagues: “Please direct any questions or concerns to the Cake support staff; they are top-notch people.” Cake Poker is the flagship site of the USA-friendly Cake Poker Network.

Also departing Cake Poker concurrently with Jones is Serge Ravitch, who is known in the online poker world as “adanthar.” Ravitch served as Cake Poker’s Tournament Director and Jones affectionately dubbed him the “Minister of Tournament Arts” in homage to the Harry Potter franchise. Ravitch was one of the figureheads in uncovering the cheating scandal at Absolute Poker.

Ravitch posted in the same TwoPlusTwo thread on Tuesday, “It sincerely pains me to say that, for the same reasons, I am also no longer affiliated with Cake in any way. I wish them the best of luck going forward.” What “strategic decisions” Jones and Ravitch alluded to were not clear at the time of writing. In addition, Cake Poker has not released any statement.

Jones could only tell Poker News Daily on Tuesday afternoon, “I’m just not comfortable with some of the decisions that the Cake management was making.” However, the veteran of the poker world hopes to remain in the industry, explaining to us, “I have a couple of irons in the fire. I certainly have every intention of staying in the poker business, so I’ll have to see what pans out.” Jones formerly brought customer service to new heights while with PokerStars and also worked with the European Poker Tour and CardRunners.

In TwoPlusTwo’s “Cake Poker Feedback Thread,” which is where Jones dropped the bombshell, posters weighed in en masse. The first responder explained, “This isn’t totally unexpected. Best wishes in your future enterprises.” Another poster predicted that Jones and Ravitch would land on their feet: “Lee and ‘adanthar’ are top-notch in my opinion and won’t need luck, but agreed nonetheless.”

According to PokerScout.com, which keeps tabs on online poker room traffic, the Cake Poker Network is the 24th largest worldwide and boasts a seven-day running average of 740 real money ring game players. Its peak traffic passes 1,100 cash game players and the family of sites happily accepts action from the United States.

Besides Cake Poker, other rooms on the Network include the Doyle Brunson-fronted DoylesRoom, Only Poker, Poker4Green, Ilari “Ziigmund” Sahamies’ Power Poker, Red Star Poker, Phil Laak’s Unabomber Poker, and Victory Poker, the latter of which joined in August.

The holidays have not been kind to the Cake Poker Network, which has not eclipsed the 1,300-cash game player mark since December 21st. In the 30 days prior, it passed 1,300 ring game players 14 times.

Stay tuned to Poker News Daily for more developments on this breaking story.