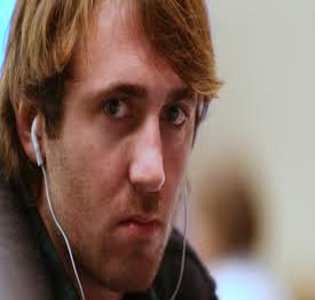 Finishing off a battle that had been brewing throughout the tournament, France’s Ludovic Lacay emerged as the champion of the European Poker Tour stop in San Remo, Italy on Thursday night, defeating Canada’s Jason Lavallee in the process.

The eight men who would determine the champion in this event came to the felt on Thursday afternoon in the Casino San Remo with Lavallee and Lacay vastly outpacing the sextet of players behind them. Between the two of them, they held almost 11 million in chips; adding together the chip stacks of the other six men (Jason Tompkins, Adrian Piasecki, Micah Raskin, Ismael Bojang, a short stacked Artem Litvinov and local favorite Angelo Recchia), there were only slightly more than 10 million in play. It was expected that the tournament would come down to Lavallee and Lacay, but the journey there was exciting in its own right.

Lacay was active from the starting gun after he took a nice sized pot against Tompkins. After a Tompkins raise, Lacay would call out of the big blind to see a 7-3-6 flop hit the table. After a double check, a Jack came, bringing with it three clubs. Lacay struck at this point, putting out a 150K chip bet and Tompkins only made the call. On the nine river, Lacay went to his ammunition once again, betting 175K, and after Tompkins made the call, Lacay would table an A-J for top pair over Tompkins’ pocket eights.

Lavallee wouldn’t sit back quietly, however. After a misstep against Bojang where he doubled up, Lavallee would take chips from Piasecki and Recchia to regain the chip lead. By the time the first break came for the table, Lavallee held a slim lead over Lacay and no one had been eliminated from the festivities.

It would take over three hours of play before the first gentleman would leave the felt. After a bet from Lavallee, Bojang made his stand by pushing in his 1.5 million in chips. Quickly, Lavallee made the call and tabled a leading pair of tens over Bojang’s Big Slick. Once the board ran out eight high, Lavallee had enhanced his chip lead to 6.5 million and Bojang was out in eighth place.

After a dinner break, the players started to flow away from the final table of the EPT San Remo. Piasecki was the victim of a rivered gut shot straight by Lacay to drop in seventh place (and move Lacay into the lead), Recchia kept the Italian hopes alive by eliminating Raskin and Litvinov would send Tompkins home in fifth place. After going over three hours without an elimination, four came within three hours in its own right.

A pivotal hand occurred following Tompkins’ elimination. Lavallee, who had been bleeding chips following the dinner break, got his stack in the center against Lacay, with the Frenchman holding a big lead with his A-10 over the Canadian’s A-2. Magically, a deuce appeared in the window and, after dodging a ten twice, Lavallee took the hand to take over the chip lead with 8.7 million.

Lacay fought back, abusing Recchia for the most part, to reassume the lead in the next few hands. It was this continued abuse of Recchia that led to his departure when he pushed all in with A♣ 7♣ against Lacay’s pocket Jacks; the turn would bring a seven to keep Recchia’s hopes alive but, with a blank on the river, Lacay took the hand and Recchia was done in fourth place.

The story of the tournament may have been Litvinov, who battled from the short stack to be one of the final three players left in the tournament. That would end at the hands of Lacay when, on a 2♦ 5♠ 6♠ flop, Lacay called a Litvinov all in and the cards were tabled. Lacay held an edge with his off suit 8-6, but Litvinov had a draw to the world with his 8♠ 7♠. Those draws failed to come home with the 10♣ and the K♣ on the river and Litvinov was out in third place.

As they prepared for heads up play, Lacay held a 2:1 lead over Lavallee and the duo talked deal. Before play resumed, they worked out an arrangement for Lacay to receive €644,910, Lavallee to receive €538,089 and left €100,000 on the table to play for. Within minutes of the closure of the deal, the tournament was done.

On the final hand, the twosome saw a Q-4-10 flop, which Lacay bet 175K on. Lavallee would raise the stakes to 400K, only to see Lacay three bet him to 750K. Lavallee called and, on the Jack turn, Lacay ramped up the action, betting 1.4 million. Lavallee chose this point to push out his remaining chips and was called immediately. Lacay had flopped big with his Q-10 for two pair, but Lavallee had turned nicely with his 8♣ 6♣ for flush and straight draws. The river ten wasn’t one of those cards, giving Lacay a boat and the EPT San Remo title.

Surprisingly, this is the first major championship for Lacay, a veteran of five years of tournament poker play. His previous high finish was, interestingly enough, his first ever tournament cash at the World Poker Tour Barcelona championship in 2007, where he finished second to Markus Lehmann. The big payday in San Remo pushes Lacay up to almost three million dollars in career earnings and guarantees that 2012 will be his highest earnings year in his tournament poker career.