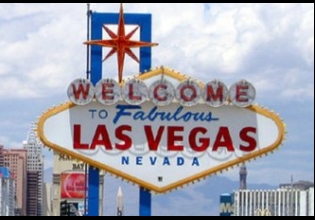 This has certainly been an interesting week for intrastate poker.  Phil Hellmuth has commented on Washington D.C.’s plans for district-only online gaming, California shelved its intrastate bill until early next year, and now the Nevada Gaming Control Board has released its first draft of regulations for intrastate “interactive gaming.”

New Regulation 5A lays out the framework for online gaming, including things such as licensing and application requirements, required internal controls, customer registration requirements, self-exclusion rules, and dispute resolution.  Several other regulations were amended, as well, but the changes were simply updates to current regulations to add language specific to internet gaming.

Some of the items of interest include:

There is no provision in the regulations specifically confining online gaming to the borders of Nevada, but it is probably safe to assume that this will be the case unless the federal government passes a law which explicitly legalizes internet gambling nationwide.

There will be a public regulatory workshop on September 26th during which people may suggest revisions.

In a statement, Gaming Control Board Chairman Mark Lipparelli said, “Internet poker has become a multibillion-dollar business around the world.

“The technology supporting it, while not perfect, has improved dramatically since its introduction. Similar to our land-based requirements, Nevada will establish high standards giving players as much confidence as possible in the entities and technologies that might eventually gain approval.”

In May, Nevada’s Senate Judiciary Committee passed Assembly Bill 258, which allowed for the Nevada Gaming Commission to draw up the regulatory framework for online gaming.  These latest regulations were the follow-up to that.  AB 258 allowed for the issuing of licenses to online gaming operators pending one of two things either a the passing of a federal law legalizing online gaming (or just poker), or the receipt of a letter from the United States Department of Justice saying that “interactive gaming” is permitted under federal law.

Several states, including the aforementioned California, have been working on intrastate internet gaming bills in order to provide an influx of revenue to their state governments.  Despite the Unlawful Internet Gambling Enforcement Act’s goal of halting the flow of funds to and from offshore online poker rooms, and the slowdown of online gambling that would result, the law does permit individual states to legalize and regulate online gambling within their own borders.  This was the problem that Phil Hellmuth recently discussed regarding Washington D.C.’s intra-district plans for online gambling.  He, as do many others, feels that the restricting online poker to within state borders will result in empty tables, as there simply won’t be enough people out there to play.