Home What is the Next “Big Game” in the Poker World? 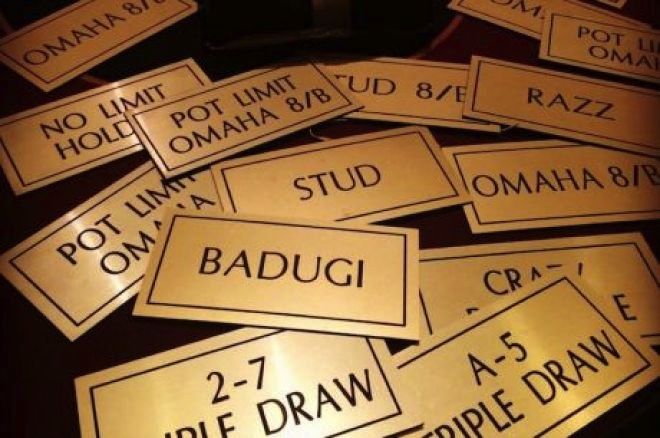 Poker has been around since the 1800s when the riverboats went up and down the Mississippi River with the gamblers fleecing the rubes. It exploded during the dismal days of the Civil War when men on both sides of the conflict would pass the time between the horrors of armed combat with a card game. It became one of the features of the Wild West as the 20th century came about and, in the century-plus since, the game has become an important part of the American lexicon and international enjoyment.

But there is something that poker has lacked – new variants that have stuck around. Arguably, the last “big games” to be created in the world of poker are Texas Hold’em and Omaha Hold’em. These two games – basically the same game, with subtle differences (Omaha’s four cards and the rule that you must use two from the hand) – were arguably the last “big game” variants created in the poker world. It leads one to ask just what is next, lest the game of poker becomes stale.

A Look Back at a Game that Failed(?)

Part of the impetus for this story was my fastidiousness regarding collections. I have several of them – books, CDs, DVDs – but one of my special collections is playing cards. While organizing them lately, I came across the as nas card that I have from the 17th century (as nas is a Persian game considered the forerunner of the game of poker). But what was the spark of this idea was coming across a deck of cards for the game California Hold’em.

California Hold’em (admittedly not an original name, is it?) was a variation of poker that came out in the mid-Aughts. It was played the same way as any of the community card games (Texas/Omaha Hold’em), but what was changed was the number of cards in the deck. Between the ten and the Jack, eight cards were inserted – four “elevens” and four “twelves.” Another change was that the tens and elevens didn’t have a suit designation, but the twelves did.

The dynamics of the usual Hold’em game were changed by these variations. The tens and elevens did not count towards straights and, to make a royal flush, you would have to have A-K-Q-J-12 of each suit (the same would apply to Broadway straights). The extra cards made it less likely for gut shot straights to come home, and the “coin flip” situations were more predominantly weighted to the pocket pair (in a normal Hold’em game, a “coin flip” is a 52/48 proposition).

When this variant came out in 2005 (if my memory is correct), it was thought that it would become the next “big game” in the world of poker. The company that owned the rights to it, California Hold’em Company, was looking to license the rights to the game to casinos around the world, and, at the time, poker was booming and it looked like the next big thing. Fast forward seventeen years later and…not so much.

According to records, California Hold’em Company is in “suspended” business status and has been since 2009. The game never seemed to catch on with players, perhaps because of the breakup of the runs (couldn’t use tens and elevens as straights, remember?) that went against the grain of poker thinking. Or perhaps it was because people were just too into Texas Hold’em at that time, not allowing for a new variant to come around. In 2022, all that remains are the memories – and the deck of California Hold’em cards that I have in my collection.

What IS the “Next Big Game?”

There arguably hasn’t been a successful poker variant created since the Seventies with Omaha Hold’em. People might put up Pineapple as a new variant, but it dates to only the Eighties and it isn’t a game that is actively spread in casinos and card rooms. Additionally, anything with a “wild card” in it (such as jokers) is not considered “real” poker and is best suited for your Saturday night family “friendly” card game.

Perhaps the biggest variant that has come of late is Short Deck Hold’em. Instead of adding cards, as California Hold’em did, Short Deck by its name tells you what it does – takes cards OUT of the deck. Deuces through fives are taken out of the deck, taking sixteen cards out of play. There are other rule changes, such as the Ace always playing high and a flush beats a full house (some casinos also allow for a straight to beat three of a kind despite the fact it is easier to make a straight than a set or trips).

The game is made for action because, with fewer cards, you can be more assured of the status of your hand. But Short Deck Hold’em has been only seen in the “High Roller” circles (for tournament poker) and it isn’t spread regularly as a cash game variant. This is perhaps because it is so new that people haven’t exactly learned the nuances of the game – yet. At this time, however, to call Short Deck Hold’em the “next big game” might be a bit premature.

After that, the pickings get slim. Is there a poker variant out there that might be the “next big game?” Is there something being developed that doesn’t work off the “community card” base that Texas and Omaha Hold’em do? Or have we tapped the potential that poker has to offer in its variety of games? If you’ve heard of something that might qualify for this endeavor, let us – and future generations – know!