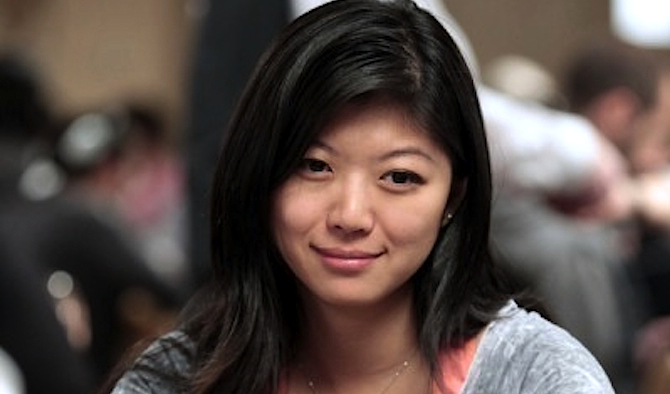 Everyone thinks that the life of a professional poker player is all bright lights and glamour. Set your own hours, head to a beautiful casino to play in poker games where you make a good bit of coin and, if you are lucky, you’ll still have time to hang out afterwards with whichever member of the opposite (or same) sex you want to at the clubs afterwards. Poker professional Xuan Liu, one of the brightest stars in the game a mere decade ago, is now telling her story – and it is not the “glamourous” version that you would like to think it is.

From the “M.I.T. of Canada” to the Poker Rooms of the World

In an article with Jenny Powers that was penned for BusinessInsider.com, Liu recounts how, after moving to Canada from her birthplace in China, she was drawn to the game of poker. By watching the games on television Liu became entranced with how the game was played, even to the point of setting up games with her stuffed animals. Always an excellent student, Liu was able to head to the University of Waterloo, one of the most prestigious universities in Canada, where that youthful play with the stuffed animals would be put to the test.

Liu would take her studies seriously, until poker became a more enticing draw. “As I became more immersed in poker (she got her dealer’s license after her first year at UW), my grades suffered,” Liu writes, eventually leading to the loss of her scholarship. Liu was able to counter this by winning enough at the poker tables to be able to pay for her education, but she was always worried about her parents finding out about her new hobby.

After her mother found out about her poker-playing exploits, Liu made an agreement with her. “I’d travel for a year to play,” Liu says about that day in 2010, “as long as I promised to settle down and get a real job.” Liu would go on to earn two monster finishes within a year, a third-place finish in a European Poker Tour event in San Remo in 2011 and a fourth place run at the PokerStars Caribbean Adventure in 2012, to show her skills and even her mother relented.

From 2010 to 2017, Liu would take down over $7 million in earnings, with almost $2 million of it coming from tournament poker. This puts Liu in 51st place on Canada’s all-time money winners list and in 16th place on the all-time list for female poker players. But Liu also saw the downside of poker.

“From an outsider’s perspective,” Liu writes, “it may seem glamorous, but poker is also mentally and physically draining. There was a time where I was playing nonstop; it was like being on a hamster wheel. When I was not competing, I was studying anything I could get my hands on about the game.” While admitting that she still loves the game, Liu also tries to get the reader to understand that there is a toll that the game takes.

“(Poker has) allowed me to travel to places like Italy and China and meet some truly amazing people, but the game can be a cold and lonely place,” Liu admits. “When you are doing well, it means someone else isn’t. There comes a point when you see some of the worst aspects of humanity.”

So, what is Xuan Liu doing with her life now? Well, you will just have to look up the story on Business Insider to find out how Liu has found her place with poker in her life. While she may never be the terror she was once on the felt, Xuan Liu seems to be at peace with herself – and that’s what we’re all trying to do in this life.