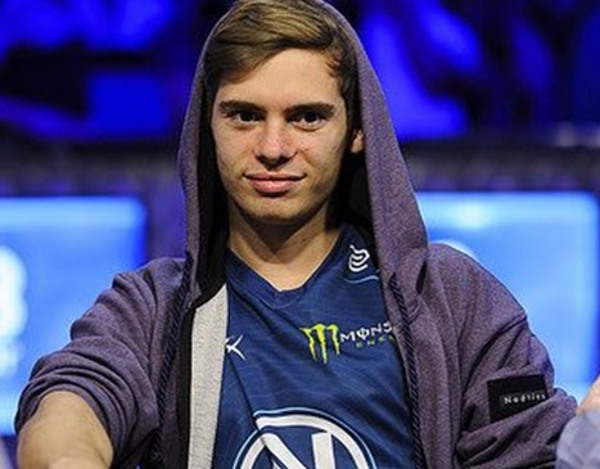 Coming out of retirement

GGPoker is continuing its attempted coup on the online poker world, this time signing young “retired” poker pro, Fedor Holz as a brand ambassador. Along with Holz donning the GGPoker brand, his poker training site, Pokercode has partnered with the online poker room.

“Pokercode is yet another top brand to add to our list of partners,” said Jean-Christophe Antoine, Head of GGPoker, in a press release. “It’s a pleasure to welcome Fedor Holz onto Team GGPoker. His passion for the game and success both live and online is truly impressive. We couldn’t be happier to welcome Fedor and the entire Pokercode community.”

Look at that poker resume

Though he is just 26-years old and retired from full-time poker in 2018, Holz is one of the most accomplished live tournament players in poker history. With over $32.5 million in lifetime earnings, he ranks eighth on the all-time money list.

Holz has more seven-figure cashes than most of us have cashes, period. His best score was in 2018, when he finished second in the $1 million buy-in World Series of Poker Big One for One Drop, good for $6 million. He won the WSOP High Roller for One Drop in 2016 for almost $5 million and has two other cashes for more than $3 million. Overall, Holz has seven cashes of $1.4 million or higher.

Going by “CrownUpGuy” online, Holz is also known as a great internet poker player. He has likely won millions online, though accurate records are hard to come by nowadays. He held the top spot in PocketFives’ worldwide rankings on three separate occasions in the middle of last decade.

The signing of Holz comes hot on the heels of another high-profile get by GGPoker. Just a couple weeks ago, Betrand “ElkY” Grospellier inked a deal with the online poker room. And that one came a few months after perhaps the biggest shocker of them all, when Poker Hall of Famer Daniel Negreanu signed on with GGPoker.

Though GGPoker doesn’t have the sheer number of sponsored pros that we have seen from other online poker rooms past and present, it’s about quality over quantity. The lineup of Holz, Negreanu, Grospellier, Bryn Kenney, and Felipe Ramos is as formidable as you’ll see.

On top of these signings, GGPoker has made waves in the poker world with its partnership with the World Series of Poker. As WSOP Circuit events are on hold and the 2020 WSOP in Las Vegas has been postponed, the internet has been used to fill the gap. On Sunday, the massive WSOP Super Circuit Online Series began on GGPoker, featuring 595 events and a record $100 million in guaranteed prize pools.

Part of the WSOP Super Circuit includes 18 official gold ring events. The player who wins the Main Event and the one who earns the most points across all 18 tournaments earn free seats in the Circuit season-ending Global Casino Championship.