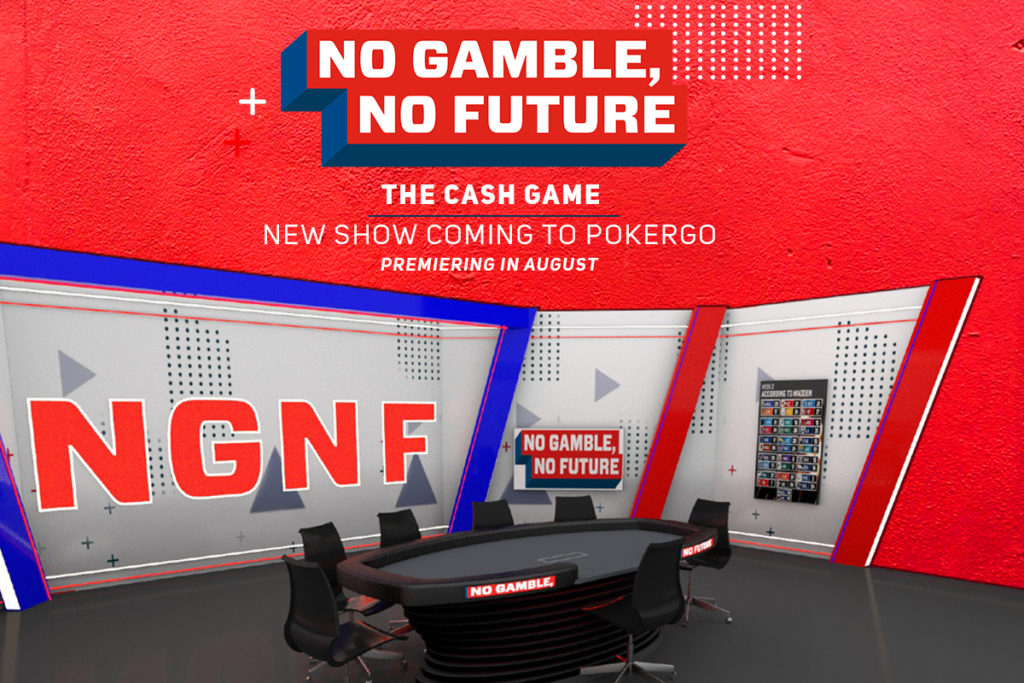 With the World Series of Poker’s conclusion last week, you might think that the airwaves would be a bit bereft of poker. PokerGO is looking to fill that void, however, with the introduction of a new program exclusive to the streaming channel. It should be something that entices the newcomers, low stakes players and those “High Roller” fans to the channel.

Beginning on August 1, PokerGO will present the new program No Gamble, No Future. The show is looking to fill the niche of the cash game fans. For several years, online fans have been able to enjoy these types of programs (think Live at the Bike), and this is PokerGO’s attempt at recreating that atmosphere. There will be a wide range of stakes that will be played for and the show is starting off with a bang – a $200/$400 game with a minimum of a $100,000 buy in.

If the name of the show sounds familiar to you, it should. The hosts of No Gamble, No Future are Brent Hanks and Jeff Platt, who have hosted a podcast of the same name for a few years. “Since our days hosting the podcast, the brand has truly taken on a life of its own,” Hanks said during the announcement of the new endeavor. “In many ways, it has become a lifestyle. Now, we’ll get to see it all play out on the biggest stage in poker. We understand the poker viewing audience wants to see entertaining poker content and we look forward to delivering just that with No Gamble, No Future. The lineups will be fun, the stakes will be big, and the action will be electric.”

Platt tossed in his thoughts on the subject, reminiscing on how he gets to collaborate with old friends. “It is a great pleasure to ‘get the band back together’ and do so as we bring No Gamble, No Future to new heights,” he stated. “Developing the brand into a cash game show on PokerGO is a natural evolution and represents just how far it has come. I’ve had the privilege to see some of the lineups as they’re coming together, and it is without a doubt going to be to my enjoyment to call the action for what could be some of the most entertaining poker we’ve seen.”

PokerGO has consistently tried to bring quality poker programming to the streaming audience. Most recently, PokerGO served as the streaming home of the 2022 WSOP while simultaneously bringing “made for streaming” shows to the stage. It has been the home of High Stakes Duel, which has seen Phil Hellmuth enjoy a long run of success, as well as other tournament schedules like the Poker Masters and the U. S. Open.

Here is the schedule for No Gamble, No Future, which will show its first four episodes within the first two weeks of August:

After that? Well, we will have to see if No Gamble, No Future does, in fact, have a future. Head over to PokerGO now to check out its offerings and, if you like what you see, you can sign up straight on the site. Also, if you have Sling TV or YouTube TV, you can access PokerGO through those methods.