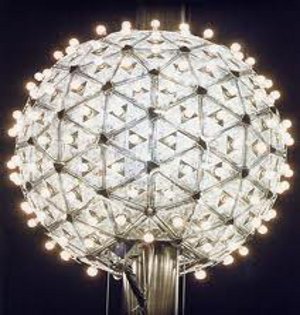 According to a New York City media outlet, an underground poker club in the city that harkens back to the storied past of the game has vowed to play on despite being the target of raids by city police and a lawsuit directed at the club.

Matthew Katz of DNAinfo New York brought attention to the plight of what is called Wendy’s Club, which at the time was located in a West 46th Street building. On the fourth floor of that location, Wendy’s Club would operate poker games that have been targeted by authorities in the city. Last September, Katz reports that the club was raided and officers found “more than 20 people playing poker and arrested six people for promoting gambling,” according to court records. The club has also been targeted by a February lawsuit from the city that is looking to shut it down.

Despite the heat that authorities are bringing down on them, Katz reports that the organizers are firm in the factor that the games will go on but at different locations. A man identified as the head organizer named Jason said to Katz, “The reward is much greater than the risk. If I get arrested, it’s not going to bother me because they’ll just charge me with promotion of gambling and it will be a misdemeanor charge.” Although a misdemeanor charge is nothing to sneeze at, Jason recounted that the money made in the operation more than offsets the possibility of conviction.

In the September raid, authorities confiscated slightly more than $8000 in cash, five “plastic bags” of cocaine (no amount given) and more than a pound of marijuana. Six people were arrested in that raid and, in addition to gambling charges, were also charged with criminal possession of marijuana. Jason states to Katz that, while he was at the location the night of the raid, he was not one of the persons charged.

One of the people who was charged in the case, identified as Christopher Fleming by Katz, tells a story that harkens back to the past regarding the underground poker world in New York. Stating that there was an “air of secrecy” surrounding the club, Fleming said to Katz, “This is a very mouth to mouth, underground operation.” He denied that drugs were there during the games and that the usual clientele – between 10 and 15 people – were “familiar faces.” “The only other place to play is Atlantic City,” Fleming commented to Katz, “And that’s two hours away.”

The lawsuit is where the club could potentially face some difficulties. In court documents, authorities are alleging that an undercover officer was able to buy “hundreds of dollars” in poker chips prior to the September raid and played on three different times in the Wendy’s Club games. The lawsuit is looking to get up to $1000 per day for every day that there were games going on from the organizers at Wendy’s Club and the owners of the building, 31 W. 46th Street Realty, LLC.

The story of Wendy’s Club – and the travails that it has faced – bring back what, for many, are fond memories of a past age in the poker community.

At one time, New York was bustling with several underground poker clubs, most notable of them the Mayfair Club. The Mayfair Club, which began as a bridge and backgammon club, moved into poker in the early 1980s and was the training ground for many a poker champion. At the 1987 World Series of Poker Championship Event, four men – Jay Heimowitz, Mickey Appelman, Dan Harrington and Howard Lederer – placed in the top 11 in the tournament. Erik Seidel, another alum of the Mayfair Club, would finish as the runner-up to Johnny Chan in the 1988 WSOP Championship Event and Harrington would go on to win the 1995 WSOP Championship Event and have two outstanding final table runs in the early 2000s. Those five men are the most notable “graduates” of the Mayfair Club, having gone on to win 22 WSOP bracelets and four World Poker Tour titles.

In the movie Rounders, the Chesterfield Club (where Matt Damon’s “Mike McD” hones his skills) was based on the history of the Mayfair Club. That notoriety seemed to be the beginning of the end, however, for the vaunted poker room. As a part of his efforts to “clean up New York City” in 2000, then-Mayor Rudolph Giuliani led a drive that eventually would closed the Mayfair and many other clubs around the city. Today, other than the still-active Wendy’s Club, the underground poker scene in New York has basically vanished.